Most PR professionals have at some point relied on a celebrity – or a ‘social influencer’ as they’re often called – to help generate interest in a brand or campaign. And although it’s true that nothing sells a story like a famous face, what is less often mentioned are the pitfalls of working with influencers. Here are five lessons I’ve learnt (the hard way): 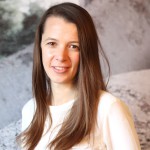 Although consumers have grown wise to, and in some ways have accepted the fact that influencers are paid to tweet or post about brands, they still expect a certain measure of authenticity. Avoid drafting tweets and posts on the influencer’s behalf – for a more credible campaign, let them speak in their own, authentic voice.

Explain what type of behaviour will be deemed unacceptable and will bring the brand into disrepute. Be clear that any such actions will render the contract null and void and that payment will be forfeited. Ensure that the contract takes effect long before and concludes on a suitable date after the actual campaign period. Irresponsible behaviour by an influencer will remain in the memory of consumers (and the media) and you don’t want your campaign to be tinged by this.