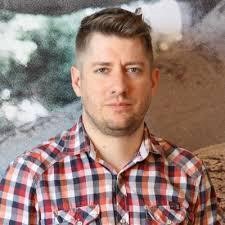 I recently had the privilege of attending the South by Southwest (SXSW) conference in Austin, Texas, and was blown away by this unique convergence of original music, independent films, and emerging technologies. Fostering creative and professional growth alike, SXSW is the premier destination for discovery. Here are some trends I picked up:

The big app of SXSW was undoubtedly Meerkat (a livestreaming video tool). It’s a dubious honour of being THE app of SXSW as it’s no guarantee of success in the real world (let’s be clear that SXSW is not the real world). Many panellists I saw were either using it or referring to it. (Update: several journalists are already pronouncing the death of Meerkat, which is a quick demise even by SXSW standards.)

The underlying trend here is that social is increasingly about a connection to a live unfolding event. People are drawn to collective experiences and social media ‘events’ (from the coloured dress debate to terror attacks) are replacing the collective TV experience. Now instead of discussing what’s happening in Friends we gather around breaking stories on the web as they happen. Live streaming seems like the next logical step on from the live blogs and tweets around developing stories.

Authenticity was mentioned again and again. In the first panel I attended (Morgan Spurlock on his new web series Connected) they talked about balancing production values with getting a unique and very personal perspective on life by using the cast to film their everyday lives. The general sense was the non-professional (or is it non-traditional) approach gave it a fresh authentic feel.

This maybe helps to explain the power of the next generation of social media celebrities such as the YouTubers. The best of which are massively eclipsing (in views) the slick production of Hollywood and advertising agencies.

The same insight was repeated in a number of different forms: a bit like in the birth of punk, audiences are associating slickness with inauthenticity (particularly from brands) and the direct approachability of the YouTubers with something more honest and compelling. Will be interesting to see what the influx of brand money does to the movement.

Talks from the likes of Buzzfeed, Mashable and a number of media commentators makes it clear that the new school of digital media brands are eating the lunch of traditional media. Buzzfeed in particular (as they probably do it most effectively) have built their media from the ground up around how people behave on social media. Data is used very effectively to predict what is likely to ‘trend’ and to continuously iterate content to the point it is impossible to ignore.

The media old guard, unless they make radical behaviour changes, will simply be outgunned by organisations with the cash to have better technology, and afford the best journalists (which is just what Buzzfeed is doing).

The value of data

Data is talked about with near religious zeal by the likes of Buzzfeed’s Jonah Peretti. They’ve build their own tools to track how stories spread effectively online (Mashable also are up to something similar). Buzzfeed has had the opportunity to get into more traditional media such as TV and has declined because they “cannot get the right feedback data from these channels”. This is not to say that algorithms are writing articles – but they are informing journalists very clearly on what will work on social media and where to focus attention.

Another trick from the new school of online media is to make the most of engagement opportunities. An example was the story Buzzfeed broke about the white and gold / blue and black frock. Once they saw this was starting to trend they immediately started producing more content around it – covering every possible angle and developing the ‘story’. This fuelled further conversation and thus more content to the point that a pretty odd story became the biggest news item on the planet. In the end, what started as one article became 40 different pieces of content.

Several panellists commented that there is a huge difference between social media platforms and a separate strategy is required for everything you’re on.

The importance of in-stream or native content was pointed out (again by Buzzfeed). Most social network users will much rather consume media in their newsfeed than be bounced out of it to another destination. Online publishers and agencies are focusing efforts on producing content that is perfect for the experience of the platform – from native content on publisher sites to a more human tone on Snapchat.

It’s very clear that video on social media is a big deal. Focus from the big platforms on video content (Facebook’s auto-playing video for example) is driving increased use of video and experimentation with different formats.

As video gains traction it’s clear that there isn’t a one-size-fits-all solution – there is massive diversity in formats and approaches, from animated gifs to Vines to live broadcasts on Meerkat, to interactive videos.

The Society team will already be rolling their eyes at my use of gifs to communicate (it used to be lolcats). The people to blame were on my favourite panel of the conference, Behind the Gif: the future of online visual culture. In typical SXSW style it’s the weird, fringe-sounding panels that sometimes deliver the most.

The insight (and again something that bounced around a number of panels) was that people are predominantly sharing emotions with social media content. Different content (in this case gifs) is used to make an emotional connection with friends, share sympathy for a bad day or send the virtual equivalent of a high five. The challenge I took away from this is: how can we use brand content to allow people to share how they are feeling?

There was a lot more at the conference that I could have shared – robot petting zoos, replicas of the Bates Motel, The Walking Dead founder empire among others. But that’s it for now. Is it too early to start planning my next trip?

Dan Pinch is creative director of Society, the social media and content marketing agency of the King James Group, and a sister agency to Atmosphere Communications.