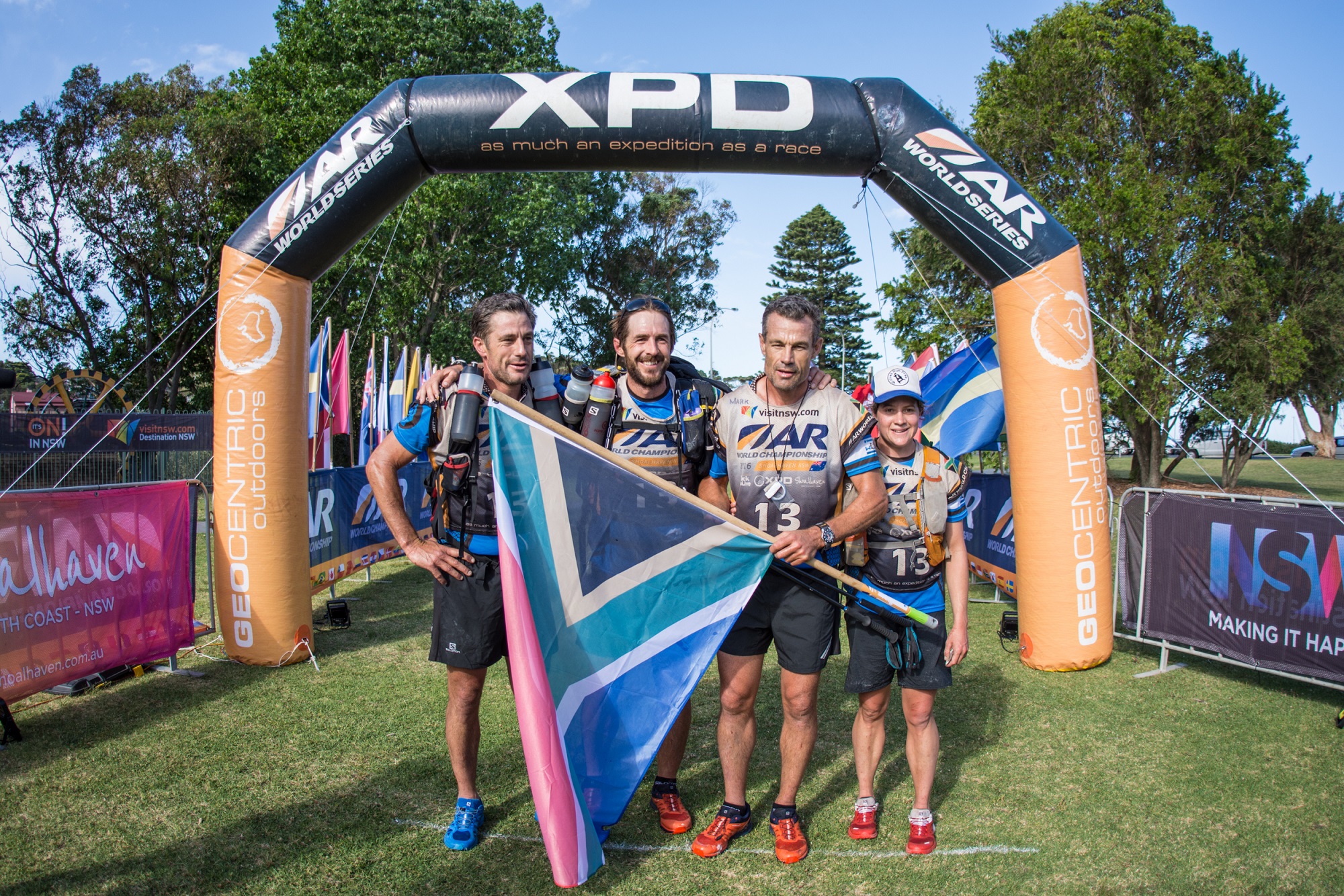 The team, which consists of Knysna brothers and business owners Mark Collins (47) and John Collins (42), Cape Town paediatrician Dr Andre Gie (34) and Stellenbosch engineer Robyn Owen (26), completed the 627km course involving 14-stages of non-stop expedition-length adventure racing in 100 hours 25 minutes with only four hours of sleep over the period. Sanlam Painted Wolf – one of only two South African teams – competed against 97 other teams from 19 countries.

The ARWS, which started on 10 November just a few hours south of Sydney, can be compared to doing the Comrades Ultra Marathon, Cape Town Cycle Tour and the Dusi Canoe Marathon back-to-back, three times. Over the course of the next few days, the world’s best endurance athletes were pushed to their limits, kayaking and packrafting for 185km, trekking for 115km, caving 5km and mountain biking for 322km through the New South Wales region of Shoalhaven.

The team started strong but suffered a major setback in the mountain bike leg of the race which saw them drop from fourth to 26th place. They lost half an hour due to a navigational error, resulting in a wrong turn which allowed team Naturex (France) to catch up. But, after refocusing themselves, team Sanlam Painted Wolf jumped 16 places forward in just one leg!

The nail-biting last leg of the race saw Sanlam Painted Wolf and team Naturex running parallel to each other along the coast to Ulladulla with the South Africans crossing the finish line just one minute ahead of Naturex, clinching fourth position.