Oh my word – what an Atmospheric experience 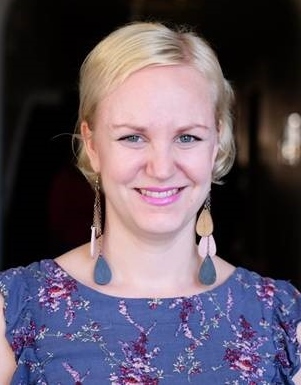 What do you get when you drag a communications professional down from wintery Finland to South Africa? She’s from a cold nation, where people rarely talk and find it hard to express themselves. She finds herself in hot, buzzing Cape Town, bustling with life. A culture clash?

No no, that’s stereotype, especially if you happen to be a PR person.

Doing an agency exchange had been a long-time dream for me, and when the opportunity opened up to join Atmosphere for a few weeks, I could have not been more excited. Now I want to share some of my observations from my time at the award-winning agency.

Same, same, not really different. Communications people are just as talkative wherever you are and will never shut up unless you tell them to. The agency conversational culture down south is equally sharing and open as it is in Finland. And the humour is just as bad as we have back home.

Scale. In Finland we have only 5.4 million people. Multiply that by 10 to get the figure for South Africa. The same goes for media, social media influencers and so on. The target audiences are much wider in all respects and the reach for campaigns is huge compared to home. In addition, the campaigns as an integrated project with an ad agency are so much bigger than those done by a stand-alone comms agency. The only thing we win at in terms of scale is the number of men in our office. Hooray!

Amazingly awarded. The number of awards Atmosphere has won is just mind-blowing. This is an area where we have a lot to learn. And boy, do I have some good insights to take back home with me.

Extremely well organised. Atmosphere and its ways of working are extremely well structured and organised. Even coming from a country that supposedly loves structure and order, we can take quite a few tips from Atmosphere’s methods for target setting and measuring.

Client comes first. The client focus is very strong in both country’s agencies, as it should be. It is our job to make sense of things for our clients and to let change happen.

Ja – in the end, we are all just PRing things.

Katariina Juvonen is a communications consultant at Cocomms Oy Ltd in Helsinki, Finland.