Susan Comrie is the 2016 Sanlam Financial Journalist of the Year

In a year characterised by the sheer volume of weighty financial news stories, Ms Susan Comrie of amaBhungane Centre for Investigative Journalism was last night named the 2016 Sanlam Financial Journalist of the Year at the awards gala in Johannesburg.

Comrie also won the Business and Companies and Print Financial Journalist of the Year categories for her submission of a series of investigative pieces on a state-owned entity. Presenting the coveted Sanlam Financial Journalist of the Year award to Comrie, the adjudication panel said they had been struck by the writer’s capacity to turn a complex story into a series of accessible pieces that reflected her own understanding of the issue and her innovative narrative and use of the medium. 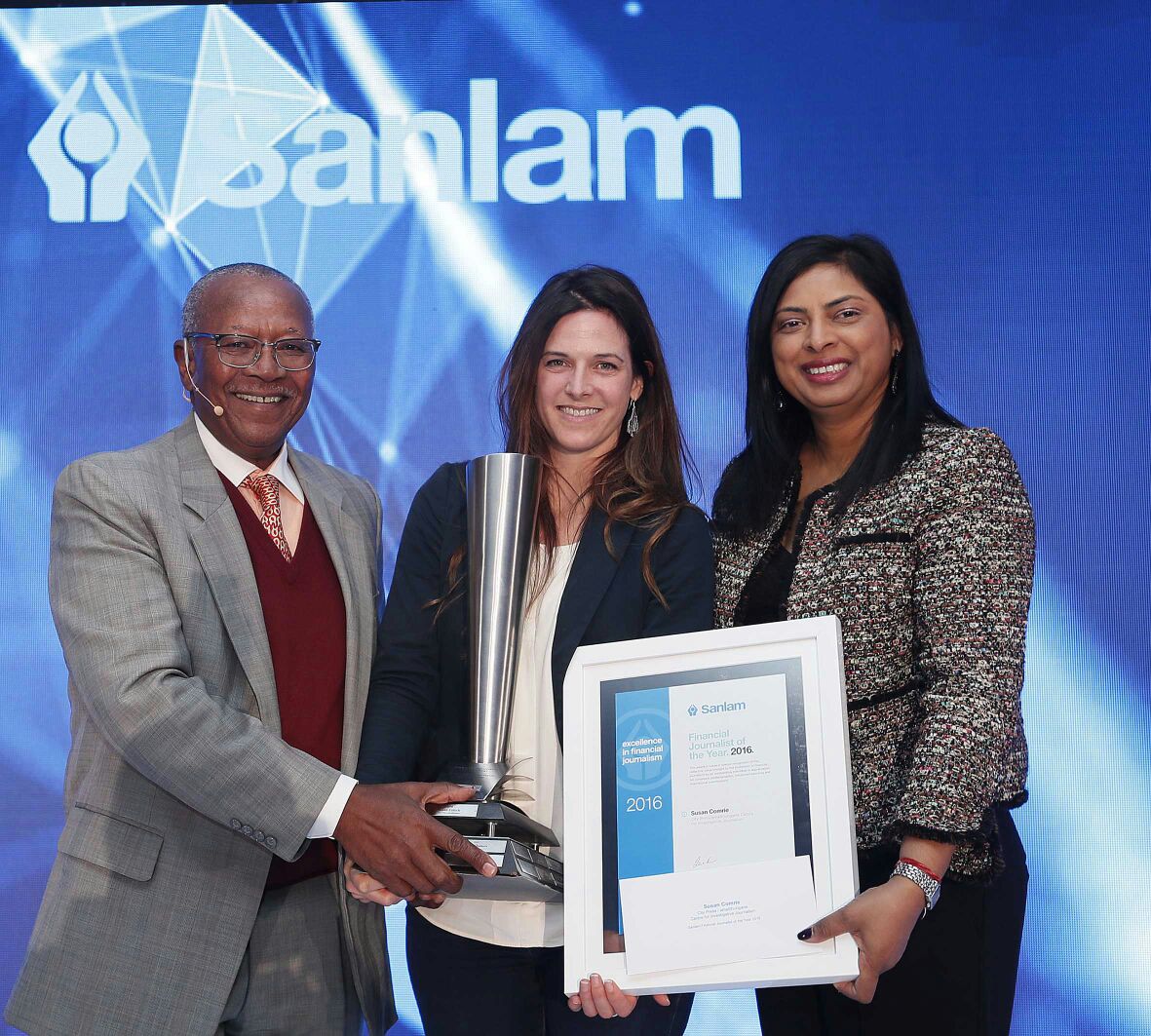 Commenting on the 2016 entries, convenor on the panel, Mr Peter Vundla said: “It is clear that the much-talked about state capture is not just about politics but indeed about the economy and the political economy because of its far reaching impact.”

Veteran journalist, Ms Ann Crotty, who the judges referred to as the doyen of financial journalism, was presented with the Lifetime Achievement award. “She has kept her passion for detail, especially in analysing annual financial statements. This unique professional characteristic shows in her investigative work even today. In recent years, she has used her knowledge of companies to extend her coverage to issues of social justice,” the panel said.

Mr Aviwe Mtila of CNBC Africa won the Best Newcomer award. Just two years into financial journalism, Mtila entered for three categories, including the Financial Markets one in which he was one of only 10 entrants.

Other winners last night were: 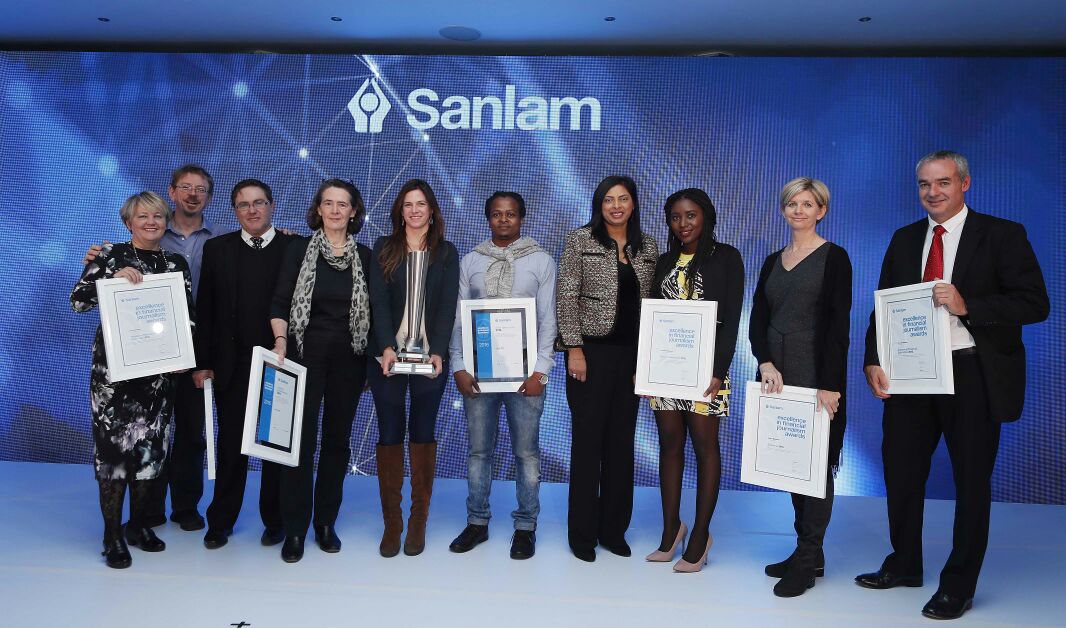 Speaking at the awards presentation, Sanlam Group Chief Executive Officer, Mr Ian Kirk said: “At a time when South Africa faces a myriad of challenges, the role of financial journalists, in particular, is important in supporting the country in the efforts to build the sustainable and inclusive growth which we must all strive for.”

Kirk added: “That is why Sanlam has continued to support the Awards and other initiatives aimed at contributing to the advancement of journalism, either through training or recognition. I therefore hope that an initiative such as these awards conveys our modest acknowledgement of this role that you, the media, play in the bigger narrative of our society.”

Comrie says: “It is a vote of confidence when a financial expert like Sanlam recognises your work. I am honoured to be awarded amongst veterans in financial journalism, people who I’ve looked up to throughout my career. My winning stories on Optimum Coal and Eskom’s relations with the Guptas show that investigative stories are rarely not financial stories. It’s exciting times for financial journalists and I look forward to coming back again next year, this time with the amaBhungane team effort on state capture and all the other stories I have written in 2017.”

The African Growth Story was introduced in 2013 and is open to journalists who practice in Africa and whose work is published and/or broadcast on the continent. This year’s winner, Ms Ancillar Mangena from Forbes Africa magazine, was last year’s Best Newcomer Mangena’s work stands for everything the award embodies, highlighting the continent’s economic awakening as well as the obstacles and challenges to growth in terms of investments, infrastructural development and economic progress.