Sanlam has launched the country’s first WhatsApp drama series. Uk’shona Kwelanga is a collaboration with top scriptwriter and playwright Bongi Ndaba and a number of the country’s best known actors. But unlike a TV drama series, it is told entirely through the medium of WhatsApp in texts, photos, voice notes and video.

WhatsApp is the most used social messenger app in the country but is currently only used by a small number of brands globally – due to the technical limitations of the platform. Sanlam chose WhatsApp because it is a medium most of their market uses, and an ideal opportunity to shift into a new space of entertainment and immediacy.

On coming up with the concept Lesego Kotane, Strategy Partner at King James said, “The Funeral Scheme market is an important business for Sanlam; however in the past they have had challenges making inroads as a brand that is strongly associated with this offering. Besides having a very strong product offering to talk about, we also wanted to demonstrate to our market that Sanlam has an understanding of the realities that come with the planning of a send off for a loved on.  So the creative challenge was to find a way to show this in a way that would resonate with our target market and through a platform that they already engage with. The combination of soapie and social media felt like the right one.”

The WhatsApp drama will be available up until mid July 2017 and tells the tale of a South African family struggling to deal with the emotional and financial ramifications of loss while planning their father’s funeral. Although the story is a familiar one, the means of conducting the campaign is entirely new – subscribers will receive a series of updates over seven days (the average time it takes to plan a funeral), drawing them into the drama and making them feel like part of the family. 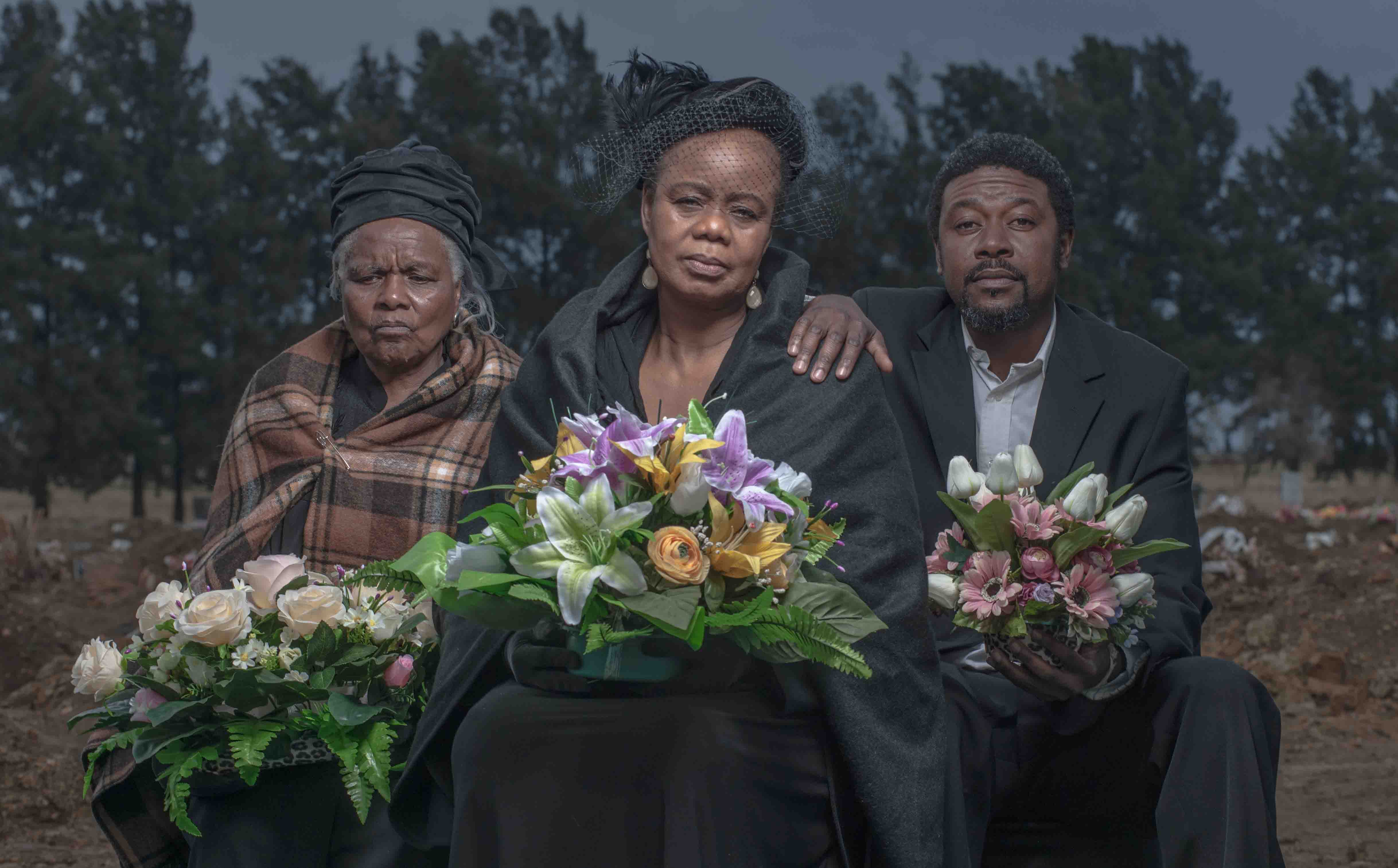 Scriptwriter, Bongi Ndaba, used her experience writing for shows such as Generations to create characters that many South Africans will identify with. “It was hugely challenging writing for WhatsApp – characters needed to be relatable to all South Africans, and their story had to deal with serious subject matter but in a fun and engaging way. Time pressure coupled with financial demands inevitably causes distress even in the most loving and harmonious of families – a theme we wanted to explore in more depth. I hope the script is true to life and handles the scenario sensitively. As a writer, it was an exciting opportunity to explore a real-time, real-impact medium. Hopefully, this will set the tone for the nature of advertising going forwards.”

According to Tendani Matshisevhe from Sanlam Developing Markets, “The idea behind this campaign was to educate people in an experiential and accessible way. We wanted it to be as lifelike as possible – also showing the cultural issues of deciding where to lay a loved one to rest, observing important rituals and balancing the demands of the modern world and tradition.”

Voice notes for the real-time drama will be voiced by some of South Africa’s favourite actors including Shabangu’s Bongani Madondo, Isidingo’s Linda Sokhulu and Stokvel’s Thembi Mtshali, who were also filmed for a series trailer.

Every episode in the drama demonstrates the necessity of a funeral scheme, which pays out claims quickly. With a lot to do in a short period, funeral cover alleviates some of the stress on families, and allows people to focus on what’s important – celebrating the life of the person they loved.

To find out more SMS your name and surname to 45603 to watch the drama unfold over 7 days or visit Sanlam.co.za.