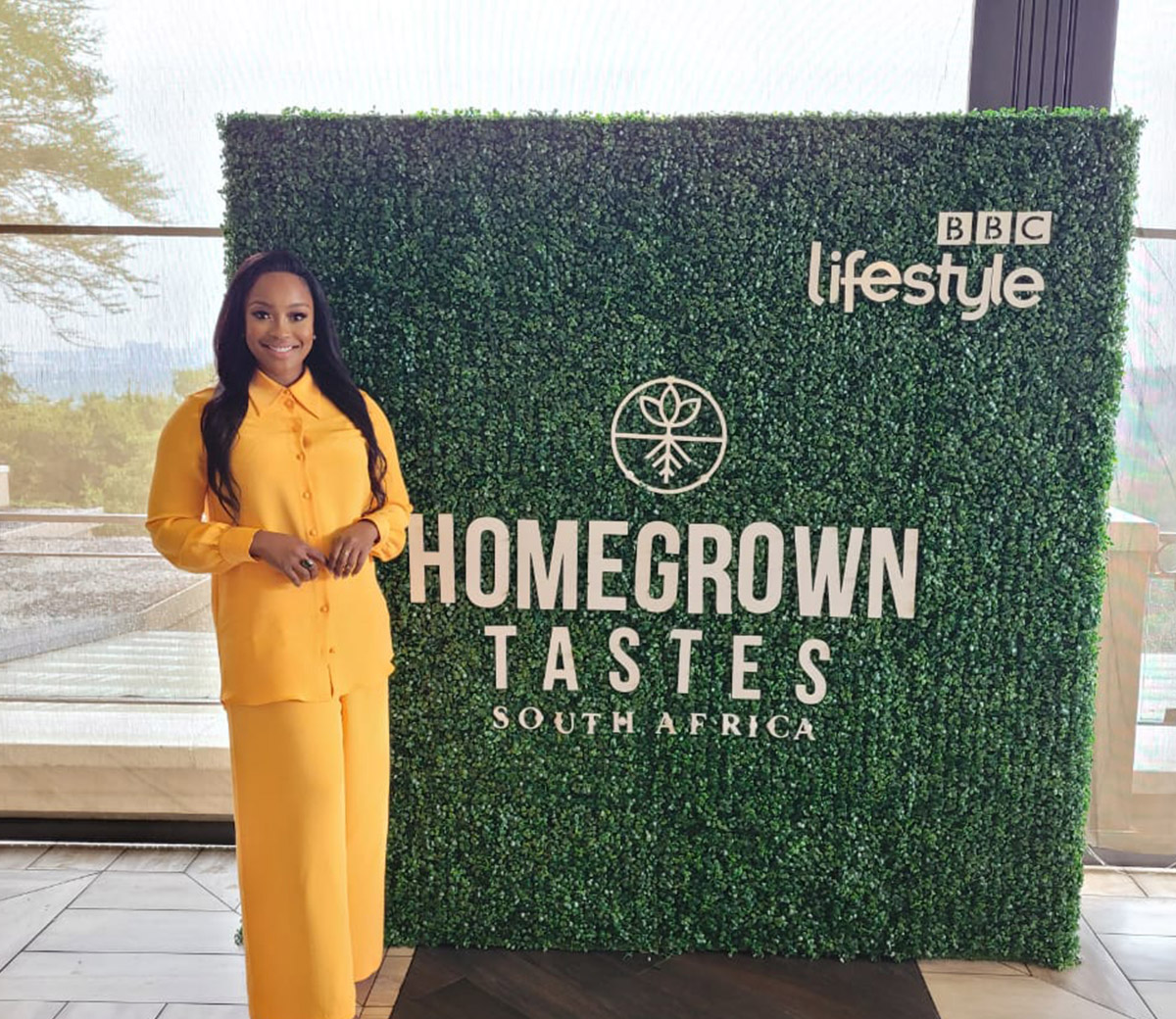 It’s no secret that South African local cuisine rivals the best the world has to offer. So much so that internationally renowned chef and TV personality Lorna Maseko and BBC Lifestyle have a brand-new show, called Homegrown Tastes South Africa.

On the 9th of March, BBC Lifestyle along with our PR team invited entertainment media to spend the morning with Lorna to celebrate the launch of the 10-part series. Lorna shared a sneak peek into her journey around South Africa discovering some of the hidden cuisine gems featured in the series. The media then engaged in a group Q&A session with Lorna while sampling tapas inspired by her mouth-watering recipes including some of the local produce discovered in the series.

Homegrown Tastes South Africa follows Lorna on a culinary expedition across South Africa. Over the course of 10 episodes, join Lorna as she uncovers South Africa’s homegrown culinary excellence. Lorna meets a feast of local heroes and samples delicious flavours at local hot spots. To celebrate the hero ingredients of the region, Lorna prepares her own tasty interpretation of some of the foods sampled along the way.