A media industry in flux: how it hurts brands, industries and even economies 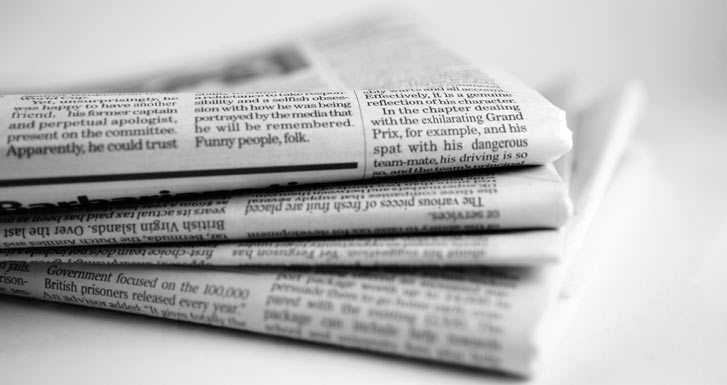 *The International PR Association (IPRA) asked Atmosphere to share some learnings from managing our long-term client, Capitec’s reputation during the Viceroy debacle.

Here is a thought leadership essay, as it appears on the IPRA site, by one of our Senior Account Directors, Stella Wink, on how a media industry in flux is impacting on brand reputation management.*

The embattled media industry faces multiple challenges and, with revenues under pressure, continues to struggle. Cost-cutting has led to a decline in seasoned journalists, which may have dire consequences.

In South Africa, as in some other countries, the shift in news consumption from traditional media to online and social channels, declining advertising revenue and the inability of media houses to monetise online content have placed enormous financial pressure on news media. The unfortunate consequence has been that news organisations have had to shed jobs to save costs.

Seasoned journalists, specialist reporters and niche industry divisions have been replaced with affordable, junior reporters; and various reporting beats have been consolidated into one homogenous news team. Years and years of in-depth industry knowledge and journalism nous, lost in one fell swoop.

At first, PR professionals saw such change as a massive opportunity because it resulted in inexperienced journalists relying on us to equip them with technical industry knowledge. PR content was often used verbatim and clients were happy.

But the honeymoon didn’t last. Soon we realised how frustrating it is for a CEO of an organisation to face a junior reporter who does not understand the nuances of their industry. News articles lacked depth and inaccurate reporting increased.

As if this massive loss of intellectual property was not a big enough challenge, it was coupled with the advent of the 24-hour news cycle, the rise of the citizen journalism and the onslaught of fake news. News outlets are now competing with anyone with a Twitter account to break a story and the time to verify facts with three independent sources has disappeared.

Traditional media outlets find themselves in an impossible situation where the lack of time and shortage of experienced journalists are compromising their ability to report accurately. The impact of this on brands, industries and even economies is dire.

A case in point is a recent incident that happened in the financial services industry in South Africa when Capitec Bank, one of the country’s biggest and most renowned banks, was targeted by an unscrupulous short-seller. Unfortunately, the media fell for their profit-driven agenda, hook line and sinker.

A questionable outfit based in New York, Viceroy Research, exploited the naivety of local analysts and investors by creating havoc in the local stock market for their profit. They employed an unethical tactic called ‘short and distort’ – shorting a share and releasing a damning report full of inaccurate accusations – to send the bank’s share price into freefall.

Panic ensued from investors, regulators and the bank’s clients. The risk was immense and if not immediately addressed would result in a collapse of the bank’s share price. When the share price of a brewery falls, people continue buying beer! But when the shares of a bank nose-dives, clients withdraw their deposits, resulting in a ‘run’ on the bank.

This would not only lead to a collapse of the bank and the loss of clients’ savings but damage trust in South Africa’s well-established banking industry, with a ripple effect on the country’s already fragile economy.

We implemented a high impact crisis communications plan to restore calm in markets and trust with clients, stabilising the bank’s share price and securing clients’ deposits.  Our biggest challenge throughout the crisis was the fact that junior, inexperienced journalists were not familiar with the ‘short and distort’ tactic, did not comprehend the accusations being leveled against the bank and worst of all, did not fulfill the basic role of a journalist – to investigate the source and its motive.

If they had done the most basic of research, they would have found that the so-called researcher was previously fired from his job for fraud, had openly admitted to having a profit motive and that the research was based on opinions and not facts.  It was a classic case of an inexperienced journalist, strapped for time.

So, what is the antidote? We have found the best defense to poor journalism and fake news to be supporting commentary from credible, independent, third party commentators who can provide the depth and nuance that news stories are lacking. A network of analysts and academics is becoming vital to support a brand’s narrative – especially during a crisis.

But more importantly, it has become imperative to be one step ahead of the news cycle and anticipate how events are covered by news channels: breaking news, response, analysis and opinion. Public relations experts need to intersect this news cycle and provide credible opinion and analysis that saves journalists time, but that also supports the client’s perspective.