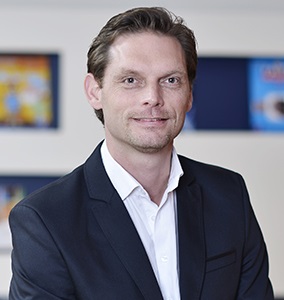 Pearson South Africa has recently revealed the renamed and rebranded Midrand Graduate Institute (MGI) to the public. MGI will now be known as the Pearson Institute of Higher Education (PI).

Says Mark Cunningtion, Executive Director: Direct Delivery “The new name is a natural progression and will position the institution as an identifiable centre of higher learning that delivers world-class academic qualifications and student experiences.

In addition to the rebranding an employability centre at the Midrand Campus has been launched, with plans in place to open further five centres in other provinces later in the year and in early 2017. According to Statistics South Africa, the unemployment rate in South Africa has increased to 26.7 percent as reported up to March 2016 and is above market expectations of 25.3 percent.

There will also be an entrepreneur hub in 2017 where students can submit business ideas, proposals and have the opportunity to pitch them to corporates with the backing of Pearson Institute’s resources.

Adds Cunnington, “The renamed Pearson Institute of Higher Education presents new opportunities for our students and builds on our credibility both locally and globally while the Employability Centre will help graduates who enter the Higher Education system to discover their career pursuit.  Our mission is to develop the skills, behaviours and competencies that employees require from graduates and build a new generation of resilient young employees.”