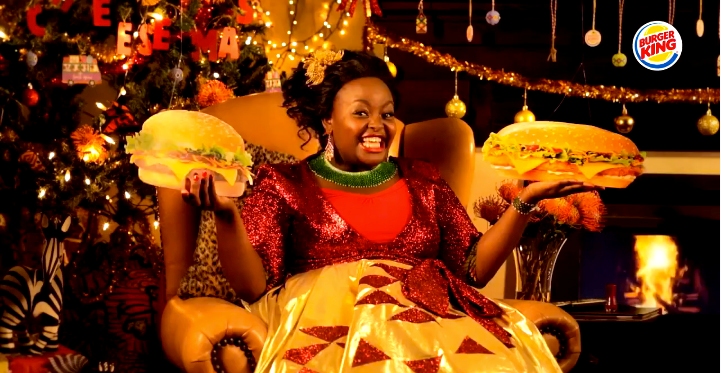 Mama Claus tossed out the eggnog and dried out turkey and put a delicious spin on deciding which South Africans have been naughty or nice. Her naughty and nice burgers ensured that everyone was rewarded with something special over the festive season.

Mama Claus took over the official BURGER KING® South Africa Facebook and Twitter pages and trawled social media profiles, rewarding her ‘naughties’ and ‘nicies’. Lucky fans were rewarded with a video and burger voucher regardless of their behaviour.

She watched the news closely and visited local radio stations Heart 104.9fm and Kaya FM to share her naughty and nice round up of the day. Mama Claus even had two guest appearances on morning lifestyle show Expresso.