Love is in the air … Valentine’s Day and PR 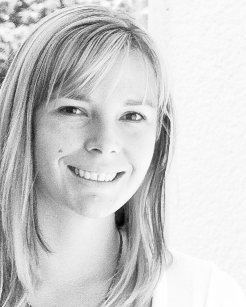 Love it or hate it, Valentine’s Day is always a great opportunity for public relations campaigns and stunts across the globe – some of which may just find their way into our hearts. Here are some of my favourites.

This year, it was inevitable that marketing departments would bring together V-Day and the release of the much-anticipated 50 Shades of Grey movie. UK-based DIY chain B&Q did a great job. Management ‘leaked’ a memo to staff entitled ‘Staff briefing – preparation for 50 Shades of Grey customer queries’. Copies of the book were delivered to each of the 359 stores for staff to familiarise themselves with the content so as to deal with any customer queries relating to rope, cable ties and duct tape in ‘a polite and helpful manner’.

One of my favourite campaigns has to be the Free cot from IKEA which ran in Australia in 2012. This print advertising campaign received much acclaim. IKEA ran print adverts on 14 February stating that parents would receive a free cot for all babies born nine months to the day. Parents would have to cut out the coupon, keep it in a safe place and bring it to the store along with proof of birth, and redeem it for a free baby cot.

In 2013, social media proved its worth with the #tweetheart campaign from popular online blog notonthehighstreet.com. People could post their most romantic stories on the blog’s Facebook page along with the hashtag. The five most tender tales were selected, turned into love songs and then performed by a busker or choir at a pre-selected location.

More recently, political blogger Kevin Drum recounted an experience of the McDonald’s Pay with Lovin’ campaign in the US when unsuspecting McDonald’s patron Kate Bachelder wanted to pay for an Egg McMuffin. The campaign was launched on 2 February and ran until V-Day, during which time McDonald’s outlets gave away 100 meals to customers. Instead of paying with cash however, customers had to select a slip from a heart-shaped box and then perform an action – anything from dancing or writing a poem, to hugging a complete stranger. As someone who relishes a Big McMeal from time to time, I am glad that this campaign didn’t make it to my local outlet.

Other than a couple of billboards posted around our cities, South Africa didn’t seem to have many impactful V-Day campaigns running, other than the absolutely brilliant NetFlorist advertisement which dominated the radio spots. The line ‘She’ll be Googling your Twitter until you hashtag all over her Facebook’ definitely caught our attention.

Are South Africans too cynical a nation to be taken in by Valentine’s Day campaigns? Perhaps Eskom missed an opportunity here – a list of ‘fun things to do in the dark with your loved one’ may have been the perfect occasion to make light of the ongoing load shedding! 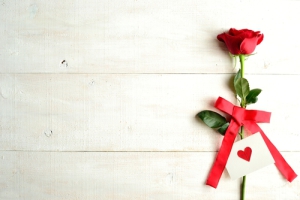