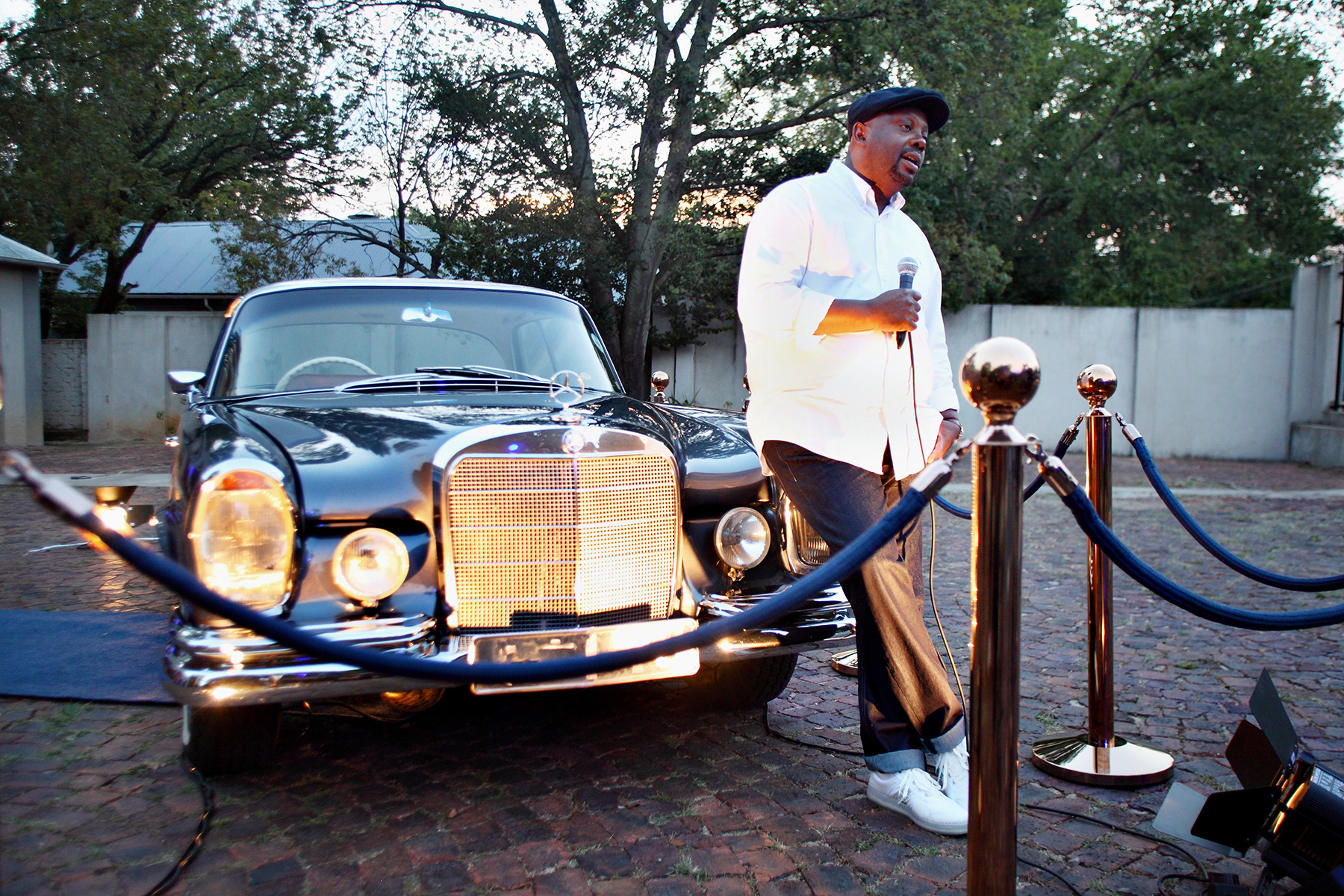 Johnnie Walker recently launched its Gentleman’s Wager campaign in South Africa in association with KayaFM. The launch saw two highly successful South African gentlemen step out of their comfort zones to lay a wager on coveted luxury item money could not buy.

Launching the #walkerwager, Greg Maloka, music maestro and KayaFM Managing Director, challenged his friend and Gallery Momo owner, Monna Mokoena, for an item so rare that Mokoena would not put a price tag on it –  his vintage 1963 250 SE Coupé Mercedes Benz. Maloka made a gentleman’s agreement with Mokoena that if he was able to take beautiful pictures of Mokoena’s collector’s item Mercedes Benz and successfully exhibit these to 500 people at Mokoena’s Parktown gallery, the classic car would be his.

Mokoena accepted the wager, and so Maloka set out to rise to the challenge. Maloka worked closely with creative photographer Siphiwe Mhlambi, owner of African Skies Media, who mentored Maloka on the technical aspects of photography. Maloka’s 10 best images were chosen for the exhibition. The exhibition opened to the public for three days and closed with a grand reveal at Gallery Momo. Having achieved in excess of 500 signatures in the gallery’s guest registry, Mokoena was obliged to hand over his car keys to Maloka in front of an expectant audience.

To find out more about the #walkerwager visit the Johnnie Walker Facebook page and follow the luxury brand on Twitter for updates. Watch how Greg prepared for his wager here here

Not for sale for persons under the age of 18. Drink Responsibly.