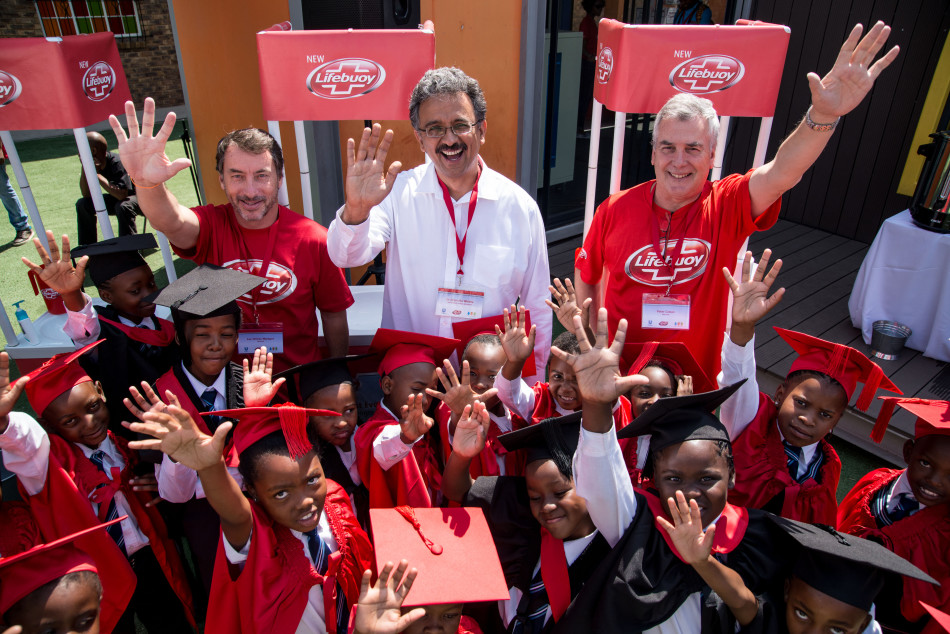 High five to a bright future

Atmosphere Communications was hands on at the annual Global Handwashing Day event which was hosted by Unilever and Lifebuoy. The event was held at M.C Weiler Primary School in Alexandra, where children and their parents celebrated the life-saving habit of handwashing. Over 1500 children graduated on the day from the Unilever BrightFuture Integrated Schools Programme which is an initiative that aims to teach children about the importance of handwashing and has gone to increase the impact of Lifebuoy’s School of 5 programme.

In preparation for Global Handwashing Day, Lifebuoy released its latest ‘Help a Child Reach 5’ video, which highlights a real life experiment showcasing how handwashing education can change lives especially in vulnerable communities. With over 2.5 million children in Africa alone who won’t reach the age of five due to (in many cases)  preventable illnesses such as diarrhoea and respiratory disease, Lifebuoy has lent itself to becoming a global change agent that can reduce these numbers in local communities through handwashing habits.