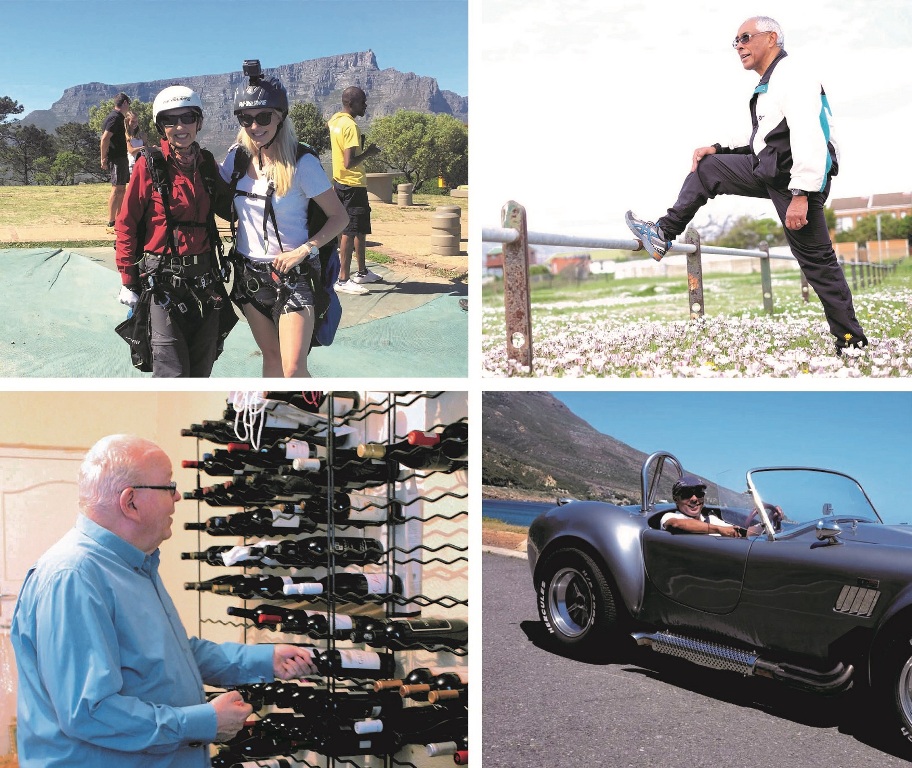 To uncover what retirement is really like and create awareness of the need to save adequately for it, Atmosphere together with Society carried out a six-week #FutureFWD retirement campaign for our client, Glacier by Sanlam.

Three young South Africans were paired with three inspiring retirees to learn the realities of retirement, encouraging them and other young South African professionals to plan and prepare sufficiently for a healthy retirement.  Bailey Schneider (32), a radio personality and lifestyle blogger, was paired with Sarah Ravenhill (56), a retired tourism entrepreneur. Thoban Jappie (42), a social media entrepreneur, was paired with Tommy Blake (65), a retired physician. Candice Bresler (29), a public relations executive and food blogger, was paired with Michael Olivier (69), a former restaurateur and wine aficionado.

Prior to October the three young campaign influencers, like many other young South Africans, hadn’t given much thought to saving for retirement, and had no idea exactly what it was they should be saving for.  Together they explored what life is actually like in retirement, they did everyday activities and had serious discussions about the price of food, maintaining their lifestyles as well as challenges such as health and financial well-being.

The campaign reached more than six million people across social and traditional media.  As the average life expectancy of a South African is increasing, and close to 70% of retired South Africans aren’t able to maintain their standard of living in retirement, the common thread amongst the three influencers was clear: saving for retirement is vital and needs to start now!