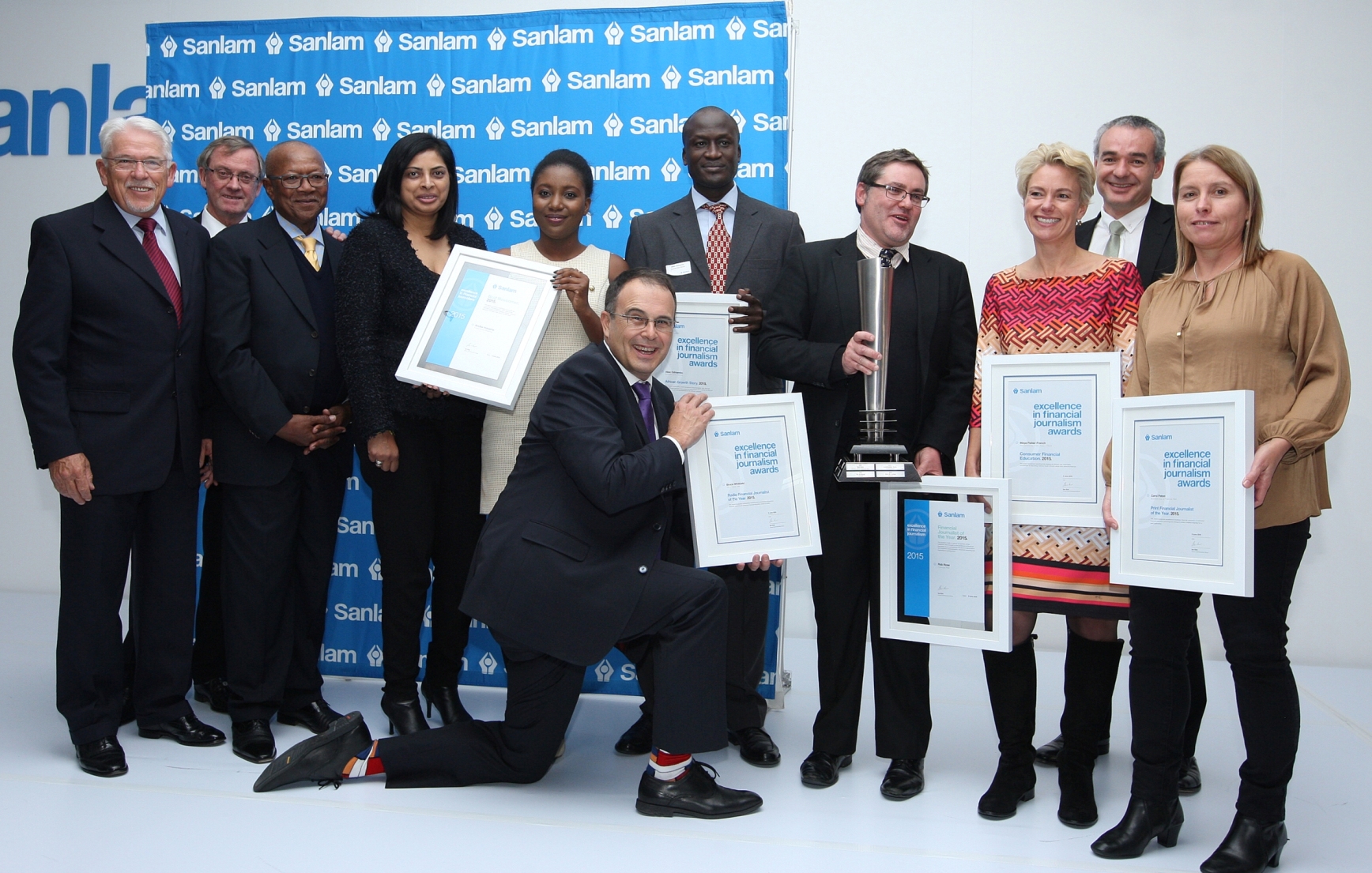 The Sanlam Financial Journalist of the Year award is presented to a journalist who most significantly influenced the way perceptions are formed through the media on financial matters in our country in the particular year.

Sponsored by leading Pan-African financial services provider, Sanlam, the annual Awards carry a total prize purse of more than R300 000 for 12 categories. They have recognised and celebrated excellence in financial journalism since 1974.

Kenya’s Business Daily journalist, Mr Allan Odhiambo took home one of the main accolades of the night – the African Growth Story Award. Established in 2013, the African Growth Story category is open to journalists who practice in Africa and whose work is published and/or broadcast on the continent.  The Award is presented to the financial journalist whose entry highlights the continent’s economic awakening as well as the obstacles and challenges to growth in terms of investments, infrastructural development and economic progress.

The Lifetime Achievement Award was presented to the now retired journalist-turned-media executive, Mr Salie de Swardt. A Sanlam Financial Journalist of the Year winner in 1977 and Nieman Fellow (1982), de Swardt began his career in 1968 as a reporter for Die Burger, was editor of Beeld and founding editor of the business weekly magazine, Finansies & Tegniek (now Finweek). In 1993, he took an executive management position as CEO of the Magazines division of Naspers before becoming the first Managing Director of Media24, which owns News24, among other titles.

The Best Newcomer Award went to Ms Ancillar Mangena of Forbes Africa Magazine. The award is presented to a journalist with experience of three years or less, who the judges believe displays the most potential and will make a powerful contribution to financial journalism in the future.

In addition, the judges also decided on the best performers in each medium (online, print, radio and television) across all five categories.