Eventing: Always something to learn 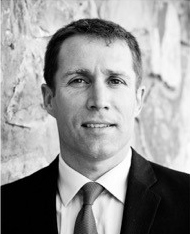 The UN Foundation (UNF) recently approached Atmosphere Communications – with short notice – to assist with three events coinciding with the World Economic Forum (WEF) in Cape Town. Connected with communications around the imminent launch of the Global Goals – 17 sustainable development targets, set to be announced in New York in September – the project offered the opportunity to demonstrate some of the agency’s strengths, as well as learn a few lessons along the way.

Lesson #1 – Tap into your network

The main request from the UNF was to organise several panel discussions at an event to be hosted at the University of Cape Town. At the time, no venue had been secured, nor had any speakers or panellists been approached. It also happened to be during the World Economic Forum (WEF), one of the craziest weeks in the city, with dignitaries and global leaders flying in from around the world.

A small team was quickly mobilised, having to make efficient use of limited resources. Between several site visits and negotiations, the MTN Solution Space at the Bertha Centre emerged as the top venue option. It was not without its challenges, however, with the space having never hosted more than 50, and a requirement from the UNF for at least 100 attendees, as well as a Livestream of the event.

Fortunately, we were able to convince the managers of the space to allow in extra chairs from an outside supplier and make room for at least 120.

Using Eventbrite, a fantastic (free) online tool, the team was able to quickly create an event online (including a map of the location and relevant branding), manage invitations (importing media lists and checking the number of invites opened or bounced), as well as monitoring RSVPs. With the ability to share the event on social media (and monitor responses through different channels, including Google Analytics of all orders), it was possible to regularly update the client and demonstrate progress toward the objective of +100 attendees.

On the day of the event, the best feature was the ability to efficiently check in guests in a matter of minutes using the Eventbrite app compatible with iPads, iPhones and other devices. The service was a ‘life-saver’ and an example of some of the great tools now available to ensure events run smoothly … yes, that even includes having Capetonians arrive on time!

Another helpful online service was Google Docs – a must for any event. With the ability to manage lists dynamically, including the addition of comments and live updates, it was invaluable in managing speakers and sharing with the clients in Washington DC up-to-the minute updates and rich biographical information on all the proposed (and approached) speakers and panellists.

Lesson #3 – Be ready for anything

Through 17 versions of the ‘run of show’, last-minute speaker changes (with a cancellation the night before), an extra panel added, as well as several ‘surprise elements’ squeezed into the event, we had to roll with what was served up under the circumstances.

But it was the event that the UNF had organised at the One & Only Hotel at the V&A Waterfront on the last day of the WEF that ‘took the cake’ in terms of being prepared. Within a few hours of the event, we learned that Archbishop Emeritus Desmond Tutu was planning on attending – together with a small entourage – as his family and one of the spokespersons at the event have a close history.

Quickly re-arranging the room and accommodating the addition of another table, the Tutu family was happily accommodated – resulting in some ecstatic guests upon the arrival of The Arch.