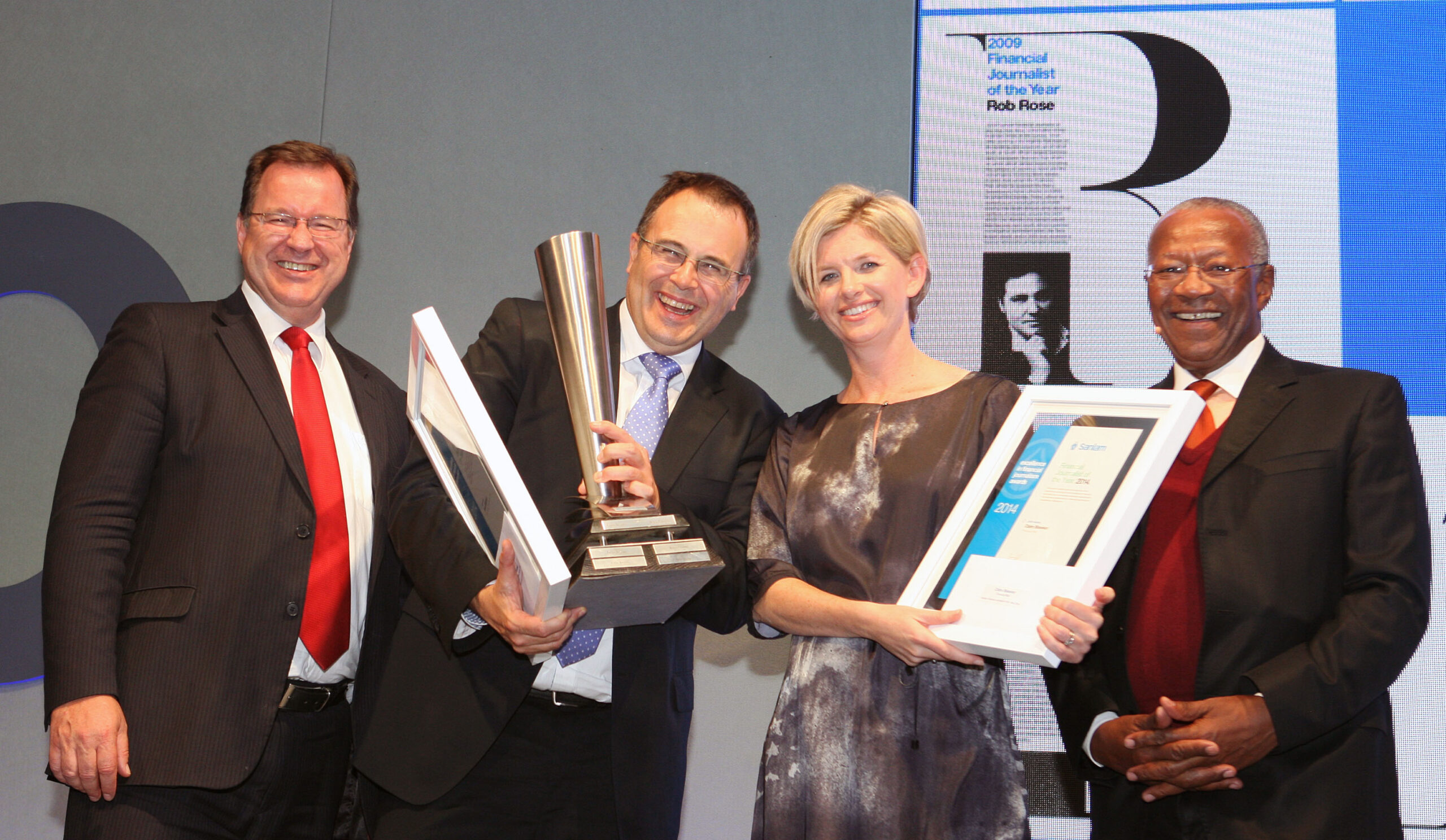 The joint overall winners of the 2014 Sanlam Awards for Excellence in Financial Journalism – now in their 40th year – were named as Claire Bisseker of Financial Mail and Bruce Whitfield of 702’s Money Show and CNBC Africa. This is the second year in a row Bisseker has walked off with the top prize. This year, a financial journalist from outside South Africa also took one of the main accolades – the Best Newcomer Award went to Neville Otuki of Business Daily in Kenya.

The Best Newcomer Award recognises a significant contribution by a journalist reporting on the economy, financial markets, consumer education, business or the African growth story. Vundla said the judging panel was impressed by Otuki’s entries, which focused on entrepreneurship. “His well-written pieces included a comparative study of Kenya and Korea in the 1960s, when these two countries’ economies were on par, questioning what has set them apart over the years,” he said.