‘Tis the Season to be Cherry

We suggested leaning into the festive season with a tongue in cheek campaign message that we pulled through all communication channels.

Cherry Time supplies large retailers with cherries in season and has little interaction and communication with consumers throughout the year. Our database and social media fan-base collected from last year’s activity was a small base to start with and the window to push sales was also (very) limited.
Being a seasonal fruit, we needed to be flexible with our timing because…well we just had to wait for the cherries to be ready!

(Due to unforeseen weather conditions, this year’s season was unusually short and so we needed to change tack and messaging a few times; the crop was also much smaller than previous years, which meant the door to door courier option was not available – collective areas in the Western Cape were identified and communicated on the website and social media platforms.)

To make sure our message landed at the right time with the right audiences, we developed a 4-pronged approach that incorporated influencers, a social media partner, a paid digital reach component and traditional media relations. With our key objective being to drive sales, our focus was a paid component to drive traffic to the site to purchase cherries ahead of Christmas.

With a short sales window period, we drove demand by creating pre-sales awareness with a wide audience. Some tactics included: a partnership with Foodies of SA who created a mouthwatering festive recipe that achieved over 77K views. Our Foodie Influencers also posted beautiful recipes as well as information about the farm to drive awareness with their sizable databases and editorial started to land in key publications. We created a newsletter that was shared with our existing database ahead of the site opening.

We also designed a fresh new look and feel for Cherry Times’s social pages to bring the brand in line with a new tone and brand CI that would capture the attention of new and existing fans. 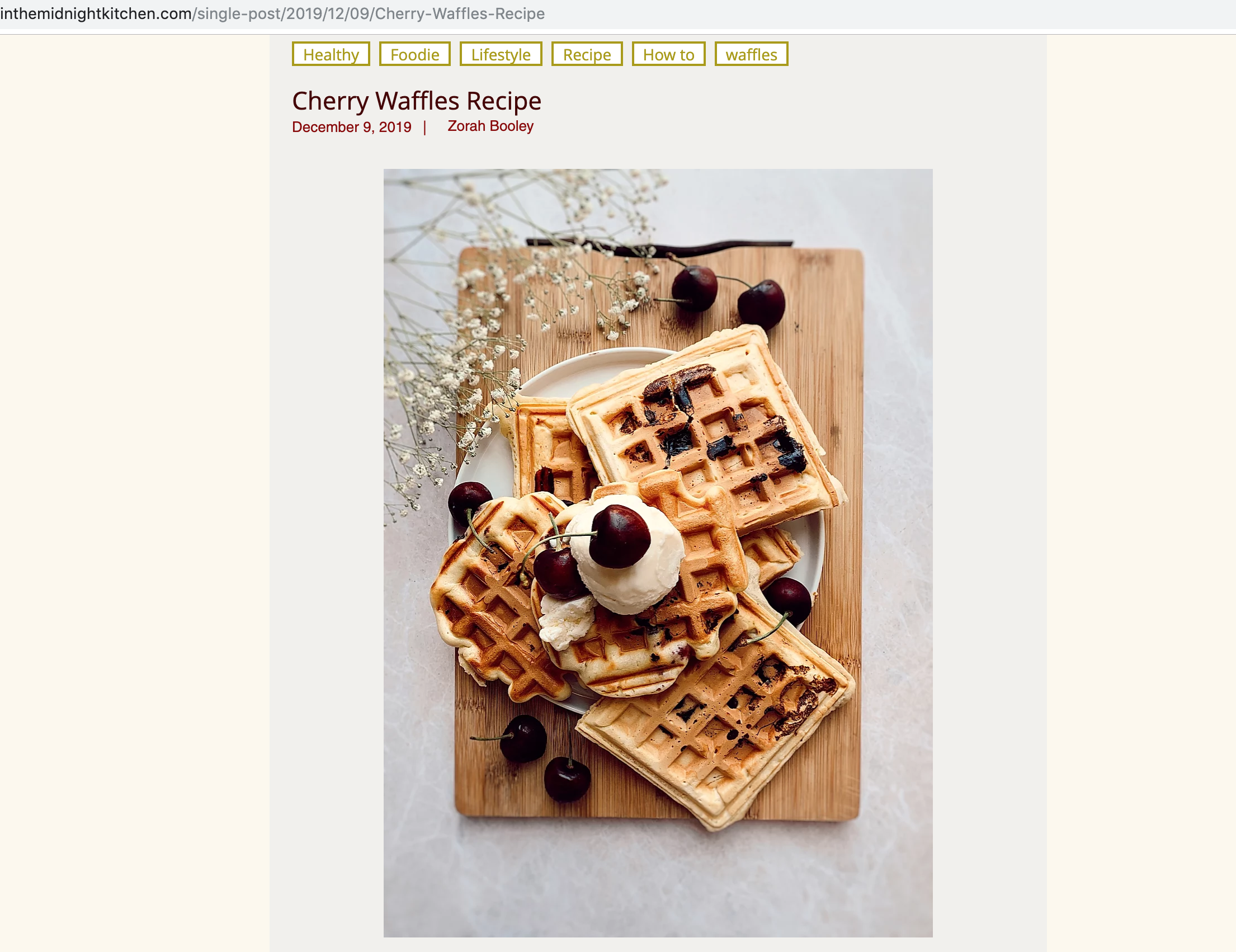 Before we had even moved out of the starting blocks, Cherry Time’s online site closed within hours of launching – all our cherries that were available online were purchased by excited Cherry Time fans for the festive season ahead.

Ahead of the site opening, our fan-base on Instagram had increased by 25%.
Facebook content collectively reached over targeted 100K new consumers and Foodie of SA’s video was viewed by over 495K consumers across social channels. In order to avoid disappointment, proactive communication was put on hold, competitions closed and a message went out on social media platforms to advise eager consumers that cherries could now only be bought in participating retailers during the month of December.