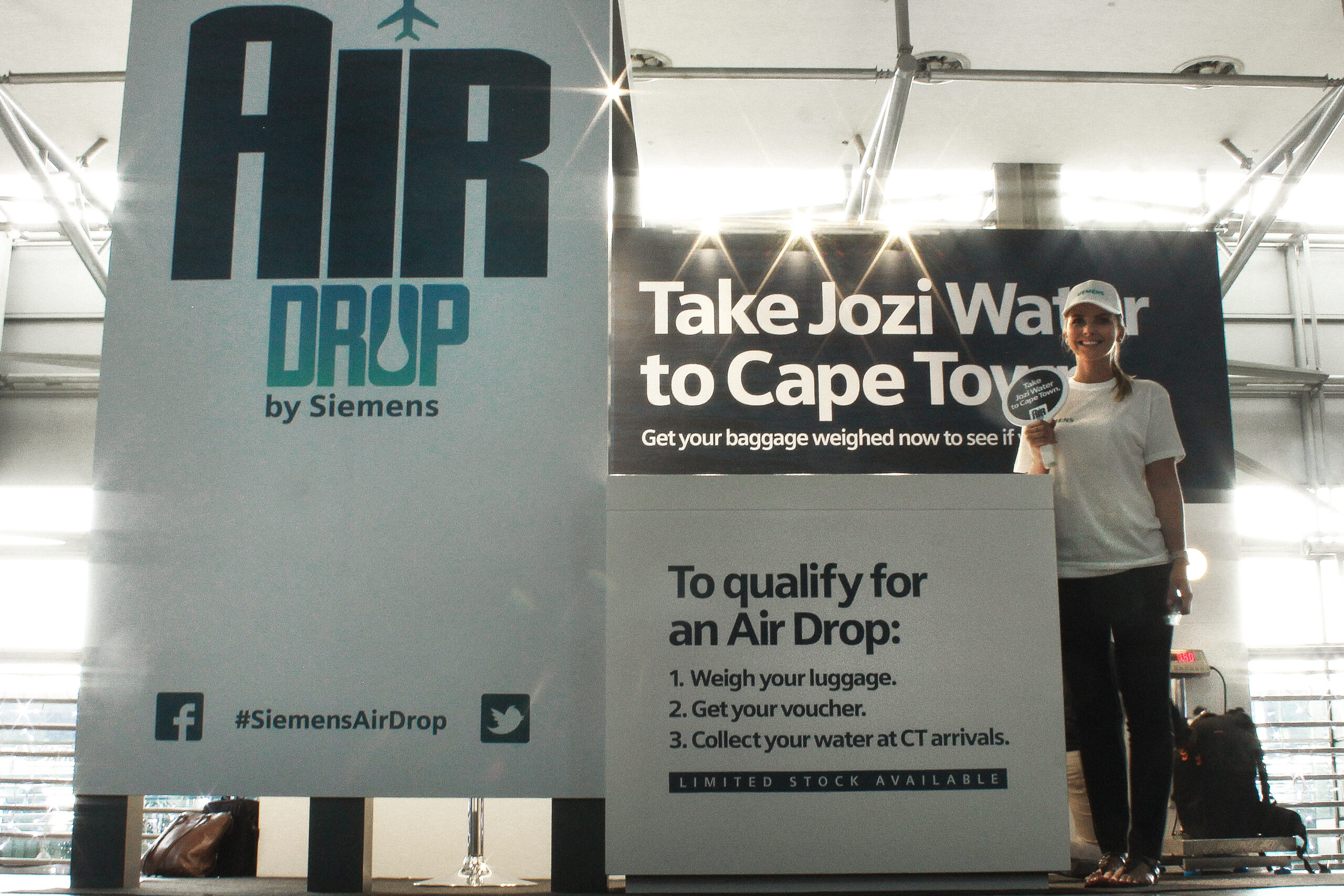 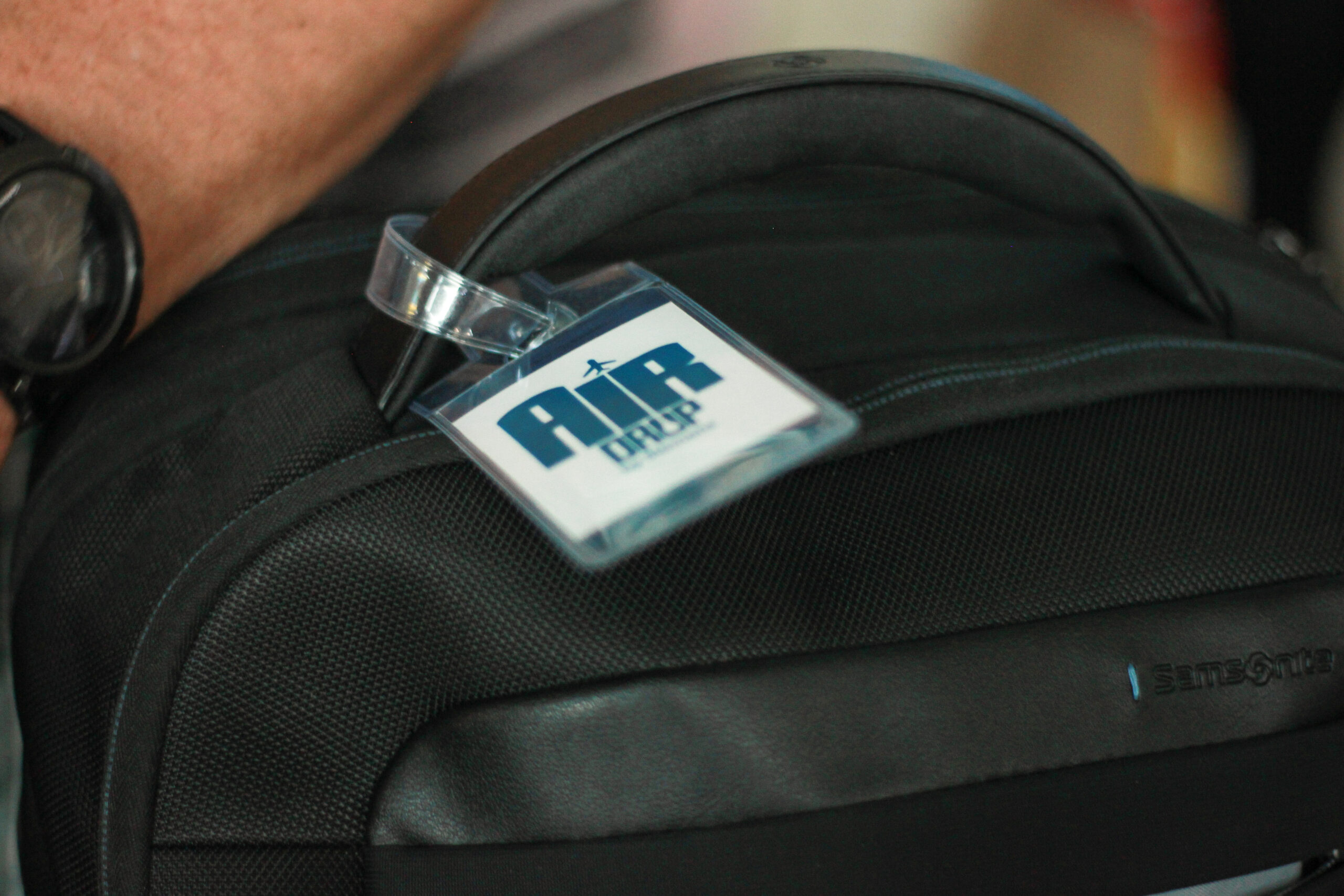 With the dams only a third full and thousands of visitors about to deplete the municipality’s dire water supply, together with the King James Group companies in Johannesburg, we established the Siemens AirDrop Initiative; an experiment that allowed Gauteng passengers to swop 5kg of their unused luggage allowance to bring 5 litres of water to Cape Town.

The Western Cape is experiencing the worst drought in a century, with Cape Town set to be the first major city in the world to run out of water. December is the city’s hottest season and busiest tourism period.  Most domestic tourists come from Gauteng. 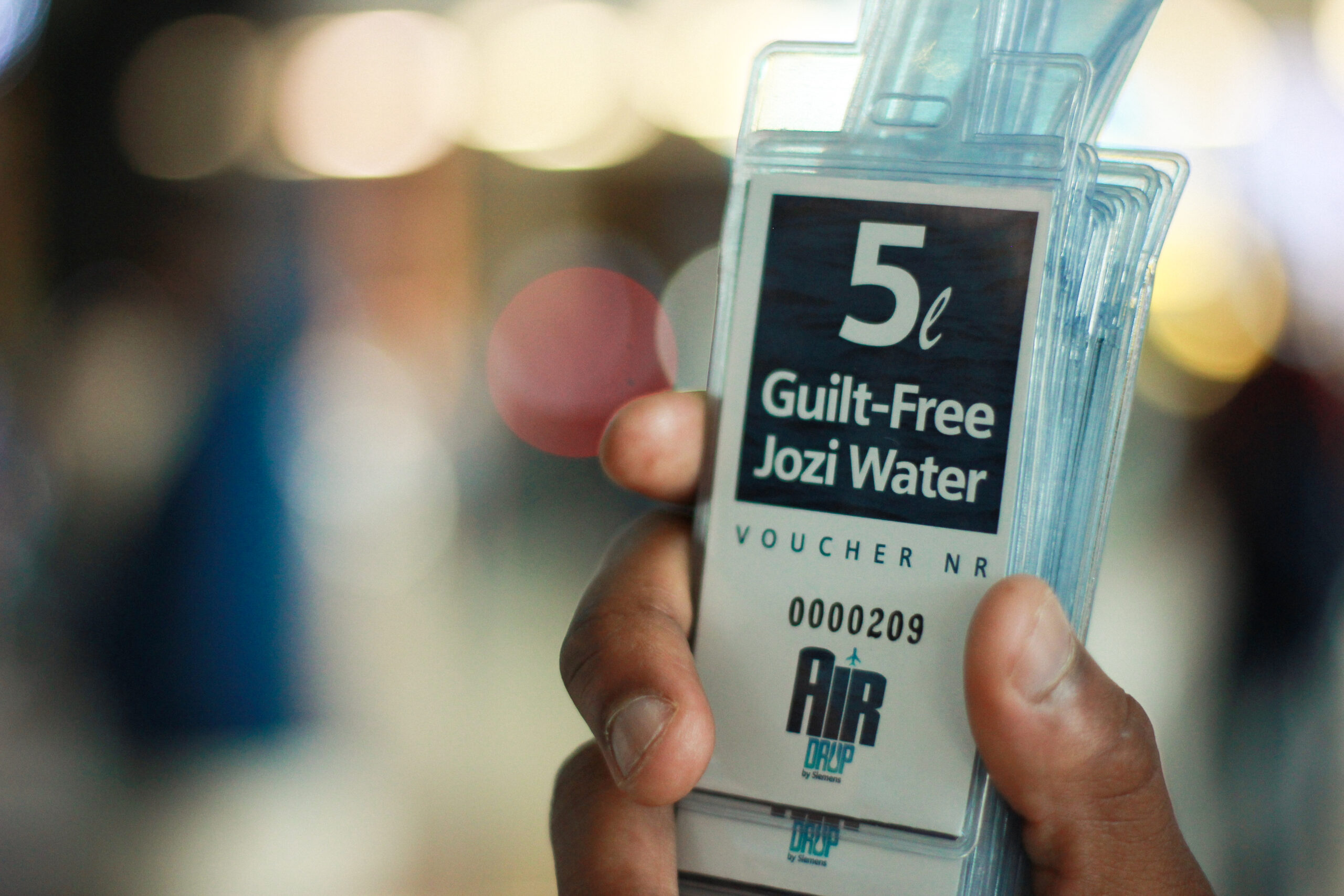 We created a playful look and feel for the campaign and created awareness for travellers going from Jozi to Cape Town through media relations, influencer relations and social media. On the day, highly visual campaign stands were positioned in the arrival halls at the airports in Johannesburg and Cape Town. Travellers whose luggage was 5kg below the limit received a voucher for 5 litres of guilt-free Joburg water. We captured the experiment and shared a video on social media showing how people jumped on board to participate as well as the potential of this initiative as a novel idea.

AirDrop successfully raised awareness and rallied South Africans with a practical means to save water together, while catapulting the Siemens brand into the public consciousness and positioning it as a company that can make a real difference to South African society.
Highlights:
– 1000 people took part and we sent the equivalent of two rhinoceroses worth of water (5 tonnes) to the Western Cape in 5 hours.
– More than 6 million media impressions over a two week period.
– 25% engagement rate of post campaign video.
– Months’ later consumers were calling for the campaign to be reinstituted and mentioned the campaign by name.
– Tourism SA announced that despite an increase in visitors to the province in December water consumption remained the same.