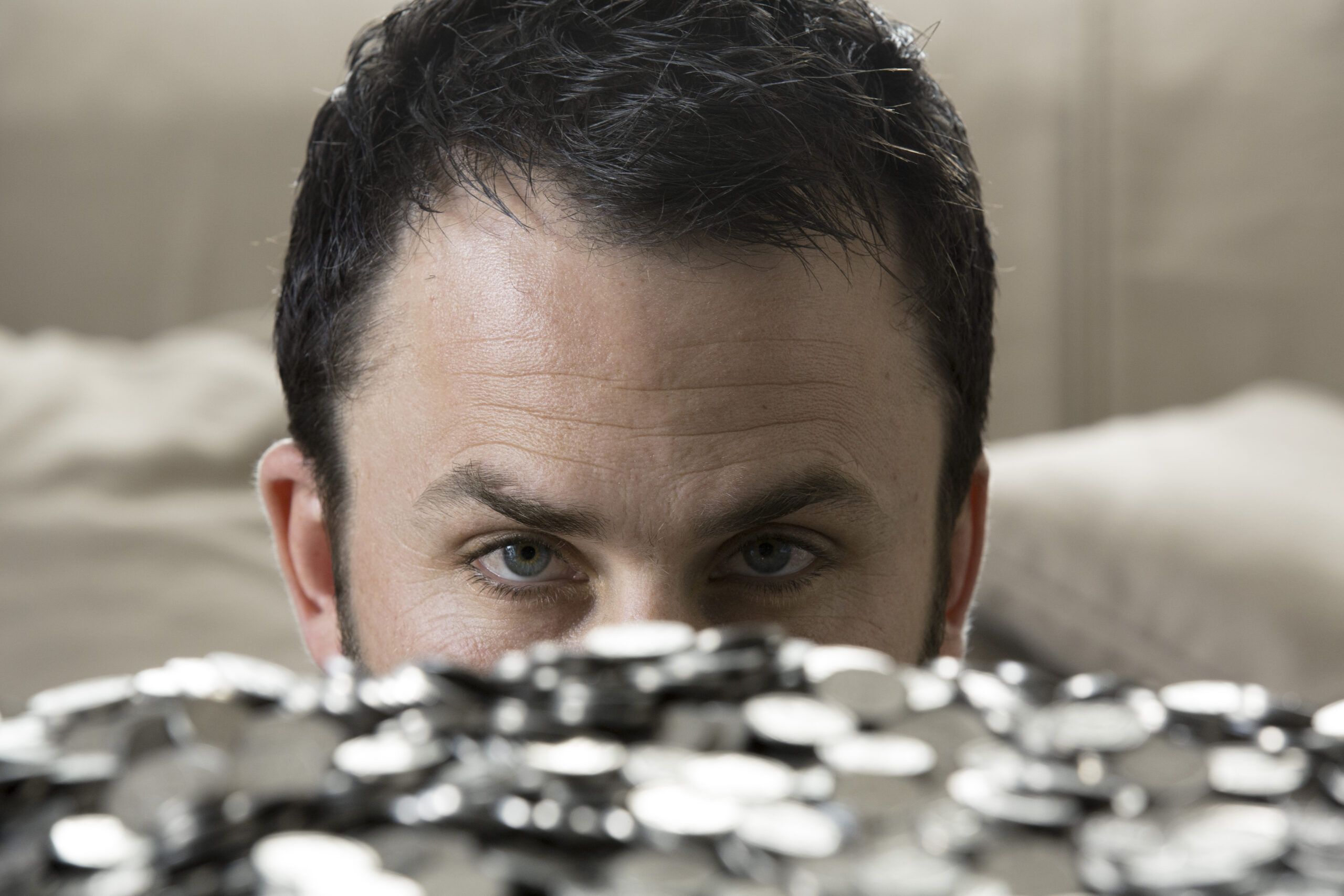 Through the use of online banking and easy access to credit, we’ve become completely disconnected from our money. This makes it easy to spend – and to spend money we don’t have. It leads to a false sense of how much we actually have, and we therefore spend more and save less. Would we reconnect with our money again if we could touch it, feel it and see it right in front of us 24 hours a day? Along with our partners in the King James Group, we created the One Rand Man – a social experiment in which a man received his entire salary in R1 coins during National Savings Month (July). He was disconnected from all his online banking and overdraft facilities, and his credit cards. He had to pay all his expenses and utilities, plus live his life paying everything by hand, in R1 coins.

South Africans are some of the worst savers in the world. Household debt averages about 75% of after-tax income. The challenge was to establish awareness of the importance of saving during National Savings Month (July).

Five weekly YouTube webisodes were created during National Savings Month, documenting the One Rand Man paying everything in R1 coins. Posts were created and uploaded live on Twitter and Instagram as he paid for his everyday expenses – ranging from restaurant meals to his monthly rent. All social media posts and conversations about the campaign were collated into a live stream of content using Stackla (a social media aggregator).

Each stage of his journey raised issues about the pitfalls of saving and spending. Each Saturday, financial journalists from a newspaper partner wrote helpful articles addressing the issues raised. YouTube clips showed Sanlam financial and behavioural experts weighing in on the issues after each webisode. His story captured the imagination of the public and interest of the media. He appeared in national and international magazines and newspapers, and on TV and radio shows. His online presence also attracted coverage and conversations on news websites and blogs. Other financial institutions and advisers directed their clients to watch the series. Newspaper ads, highlighting all his learnings about savings, appeared after the last episode. At the end of the month, South Africans were inspired and educated about saving money – the campaign drove home the message that we can all take control of our finances and prepare for a healthy financial future.

74 million+ media impressions, R41 million in earned media exposure (PR value 3:1), and 900 000 video views. The campaign was ranked number 1 on the SA YouTube ad leaderboard for the month of July. But more importantly, the avalanche of media coverage on the campaign led to an awareness of a much-needed shift in behaviour, as the media, influencers, social commentators and general consumers took to social media channels expressing the need to refocus and take control of our financial spending habits.

Watch the case study below: