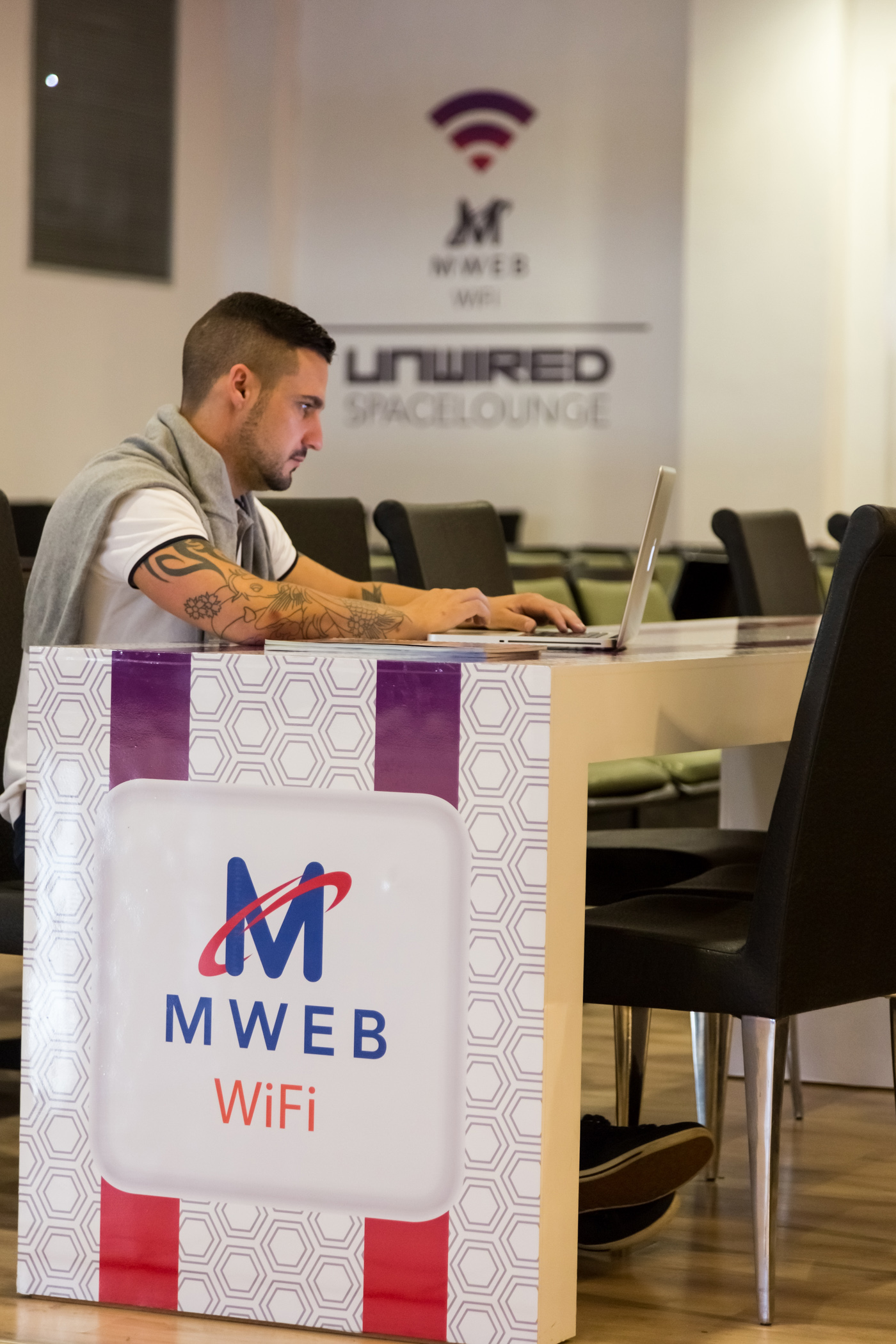 The understanding that we needed to shift the focus from a simple launch with a niche local target market to communicating the evolution of travel services thanks, in large part, to the availability of quality WiFi providers motivated the idea. Atmosphere demonstrated how a campaign centred on travel trends and the future of connectivity would yield more awareness around the MWEB WiFi offering than traditional launch communication, while simultaneously highlighting the growing network of MWEB WiFi zones across the country.

In order to differentiate MWEB WiFi from competitors it needed to be perceived as more than just another utility provider. Moreover WiFi rollout stories carried a low category interest for the media and for consumers in general. Media coverage for WiFi stories were generally found mostly on tech platforms, with a skew towards negative topics such as service and pricing. 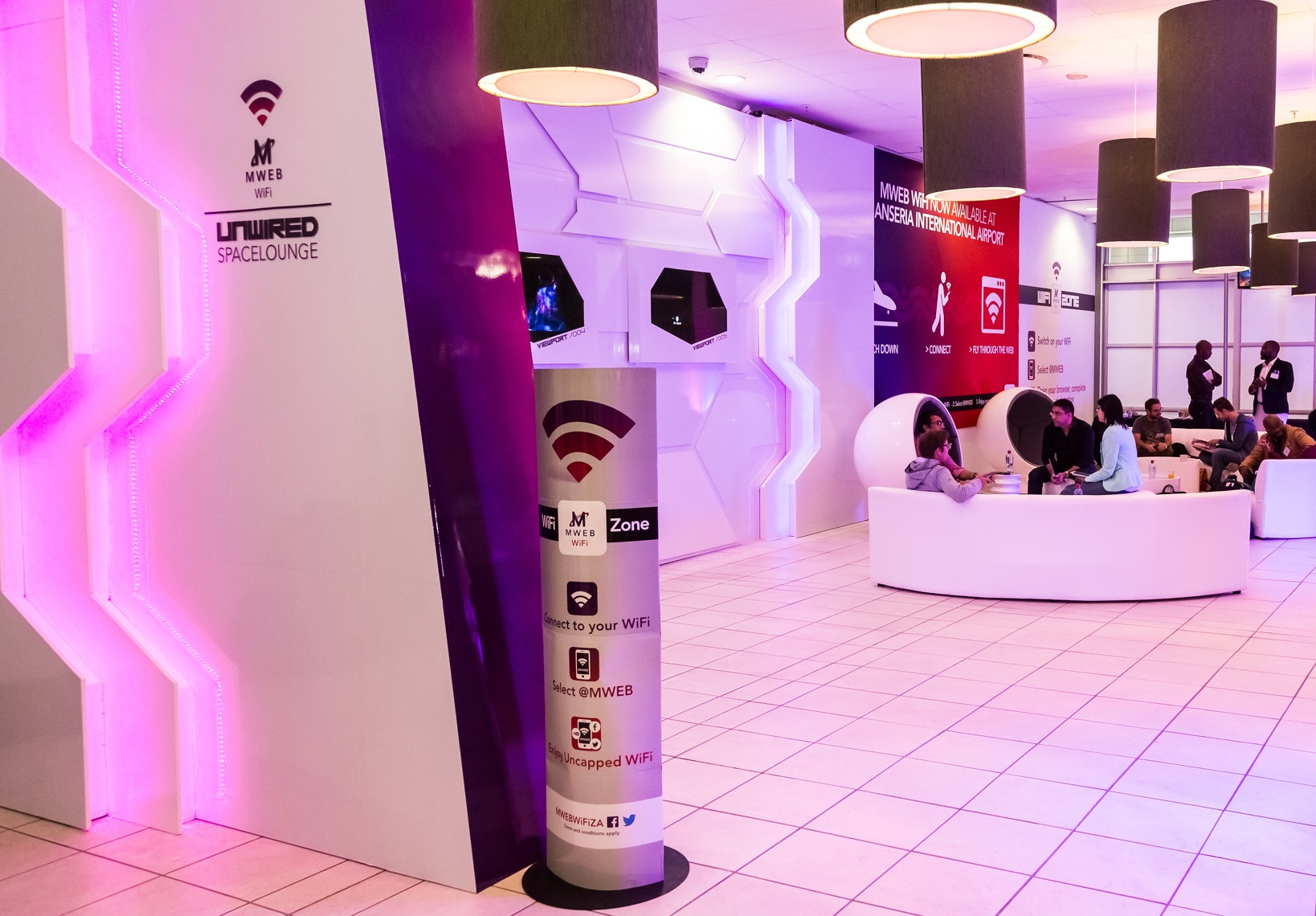 Atmosphere partnered with brand experience agency Ambrosia, to roll out the country’s first Unwired Space Lounge at LIA, which placed MWEB WiFi in the midst of the conversation on future connectivity and travel. By turning the departures area into a futuristic lounge, it enabled us to engage with a captive audience – commuters waiting for their flights – while encouraging them to register on the MWEB WiFi platform. A select group of media were invited to experience the Lounge and an insightful travel trends presentation by trends analyst, Dion Chang. His bespoke presentation was tailored to the audience to ensure insights, sound bites and commentary, directly from the MWEB WiFi Unwired Space Lounge. Media were then treated to a chartered flight to Durban and were transferred to MWEB’s first WiFi activated high street in Florida Road so as to experience the seamless connection, from zone to zone, on the MWEB WiFi platform. Selected Durban-based media (who previously covered the Florida Road story) were entertained and enjoyed an additional customised interactive session with Dion Chang on WiFi and its role with regard to future trends.

Participating media on both ends could engage directly with relevant spokespeople resulting in more personalised coverage.

The shift in focus on future gazing and how travel services are evolving due to the availability of quality WiFi resulted in 4 million media impressions and a 100% key message penetration. And it had a direct business benefit: The three week period following the launch of the Unwired Space Lounge saw daily registrations on the MWEB WiFi platform increase threefold.

Atmosphere was awarded a bronze at the 2015 Prism awards for the launch of MWEB WiFi at Lanseria International Airport campaign.