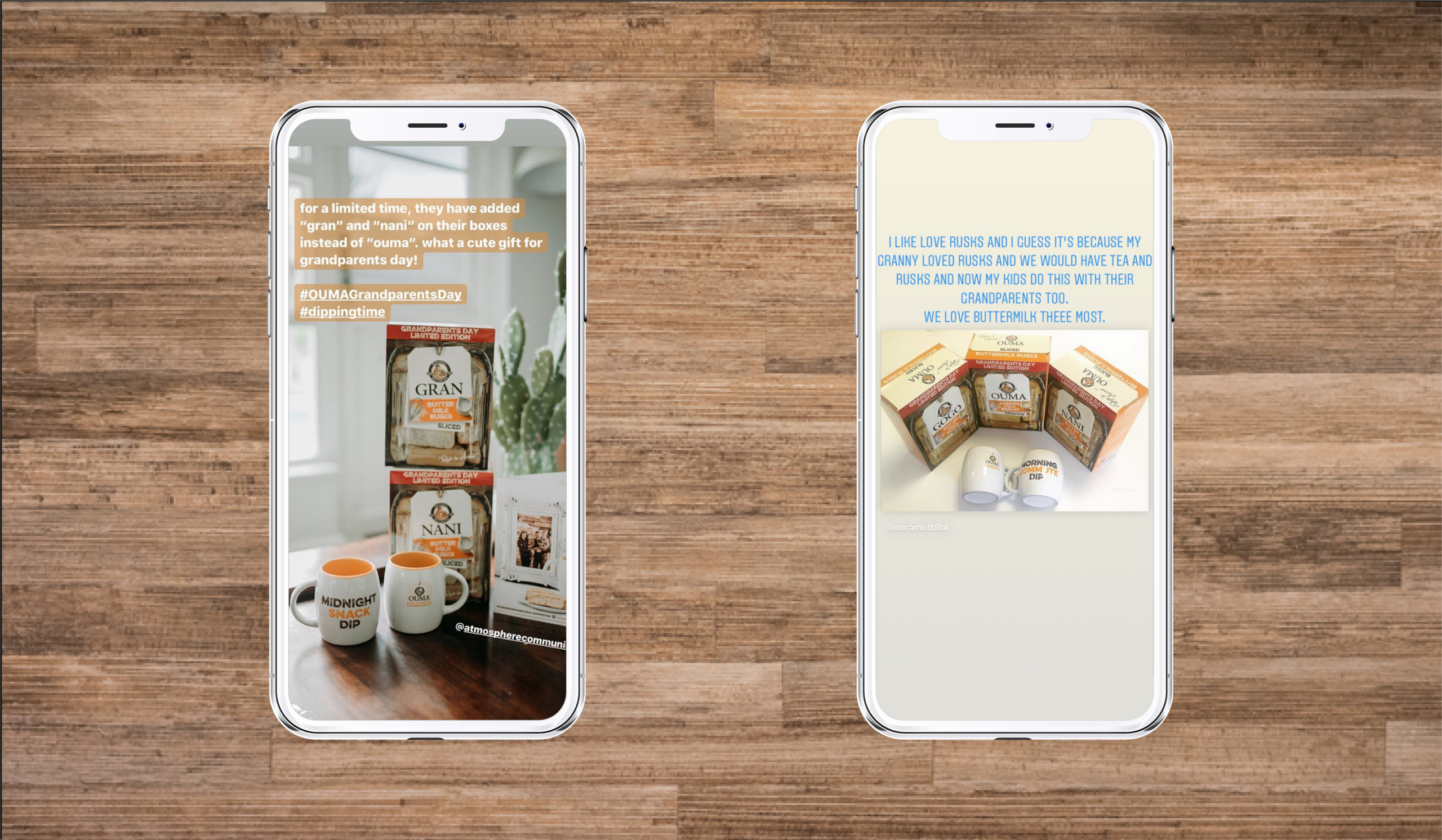 Amplify the limited edition launch of the new Ouma packs that featured several of the names that South Africans use to refer to their Grandmothers including Ouma, Nana, Nani, Gogo and Gran.

Create an emotive engagement and resonance among media, influencers and consumers by ensuring Ouma drives the conversation around the meaningful connections and memories the audience have with their grandparents to support the Ouma narrative that celebrate grandparents as the true heroes of our communities.

Showcase Ouma as a brand that is authentic, warm and celebratory of families across South Africa. Dip ‘n Ouma relates to a special moment shared with loved ones, which was brought to life within various phases of the PR approach. The approach included sourcing and partnering with four social media influencers (Minki van der Westhuizen, Kriya Gangiah, Jonathan Boynton-Lee and Bahumi Mhlongo). We worked with the influencers to co-create video content to share the memories they have of their grandparent’s and how they would like to celebrate them. These videos were shared to their key social media pages as a build up to Grandparent’s Day as well as on Ouma owned platforms. Following this, content was crafted around the names we use for our grandparents, imbued with the impact Grandparents have on our lives and included real life anecdotes from the influencers. To drive the hyper personalisation/ resonance aspect – a select group of media influencers received a personalised Ouma Grandparents day gift consisting of the new boxes, and a card featuring an image of their Grandparent/s with an emotive message and space to include their own thoughts.

The approach was very well received with over 73% of coverage landing in top tier media platforms and over 93% of coverage linking back to Ouma owned platforms. The approach generated 90 on-message posts across social media and online, all with positive sentiment. There was high resonance with the emotive element of the drop, driving commentary around favourite memories with grandparents. The influencer videos generated 251 000+ views across the influencer’s platforms alone with good engagement from their followers – the emotive sentiment came through clearly and encouraged followers to share their stories and memories about their grandparents.