Game thanks customers for getting vaccinated 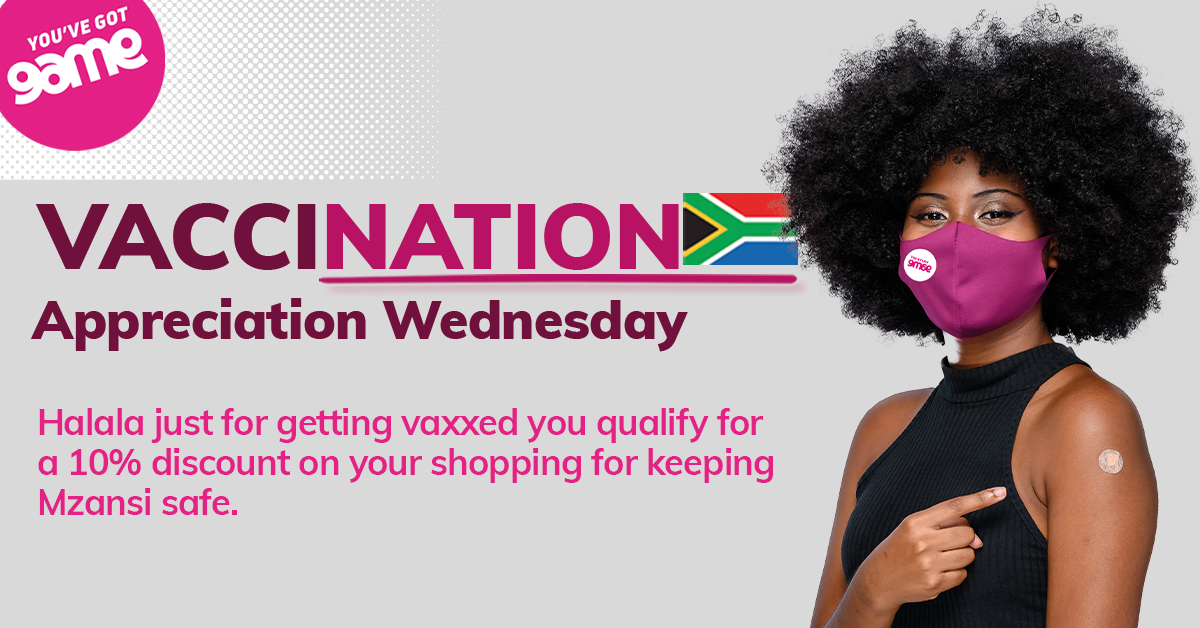 Game would offer customers a 10% discount on their purchases every Wednesday, and Atmosphere advised they position this as a ‘thank you’ to those who were making the effort to keep South Africa safe rather than as an incentive. The launch of Game’s Vax Appreciation Wednesdays was PR-led with both the messaging and positioning of the retailer’s intent clearly stated in communications with media.

A number of brands globally had begun offering incentives to encourage vaccination and as a result, they experienced backlash from the vaccine hesitant and anti-vaxxers. This was a key consideration when developing the narrative as Game did not want to exclude specific portions of its customer base and receive negative social media sentiment.

It was important to lead the campaign with earned media where the agency prepared a media release and pitched for interviews. The media titles in turned used the stories on their social media pages which helped to alleviate the negative sentiment for Game on its own social channels where the communication was yet to launch. The agency was also able to monitor how various social media communities were responding to the news which in turn informed our approach for Game’s own social channels and community management. Communities also rallied to the cause while explaining this was a ‘thank you’ and not an incentive.

The campaign launched in August which was where the bulk of the media coverage appeared across tier one titles in print, online and broadcast. There was a total of 223 clips and a reach of 38 million. This movement then encouraged other brands in hospitality and financial services sectors to follow suit, at which point Game was also referenced.
Sales data between 18 August and 4 October showed that sales percentages to vaccinated customers ranged anywhere between 7,2% and 10,27% over the period. Due to the success of the initiative, the retailer extended the campaign beyond the initial period.