Through research, workshops and interviews with key players in the organisation and DSS clients, the agency determined that the brand equity DSS holds was not necessarily solely in its association to, or with, global brand DuPont, but rather in the quality, expertise and knowledge of the people who make up the team at DSS – something which the DSS clients value highly. However, it was also important for communications to not entirely lose the credibility that comes with the DuPont legacy and heritage as DSS transitions towards becoming a stand-alone brand.

In September 2019, DuPont Sustainable Solutions (DSS) announced its intention to become an independent global operations management consulting firm following its separation from DuPont. Prior to this, the organisation briefed the agency to assist with a communications strategy which would ensure the brand equity DSS had attained during the period before the separation would not be compromised and that its clients would continue to engage with the organisation as it became an independent firm. The brief was specific to the Middle East and South Africa region. 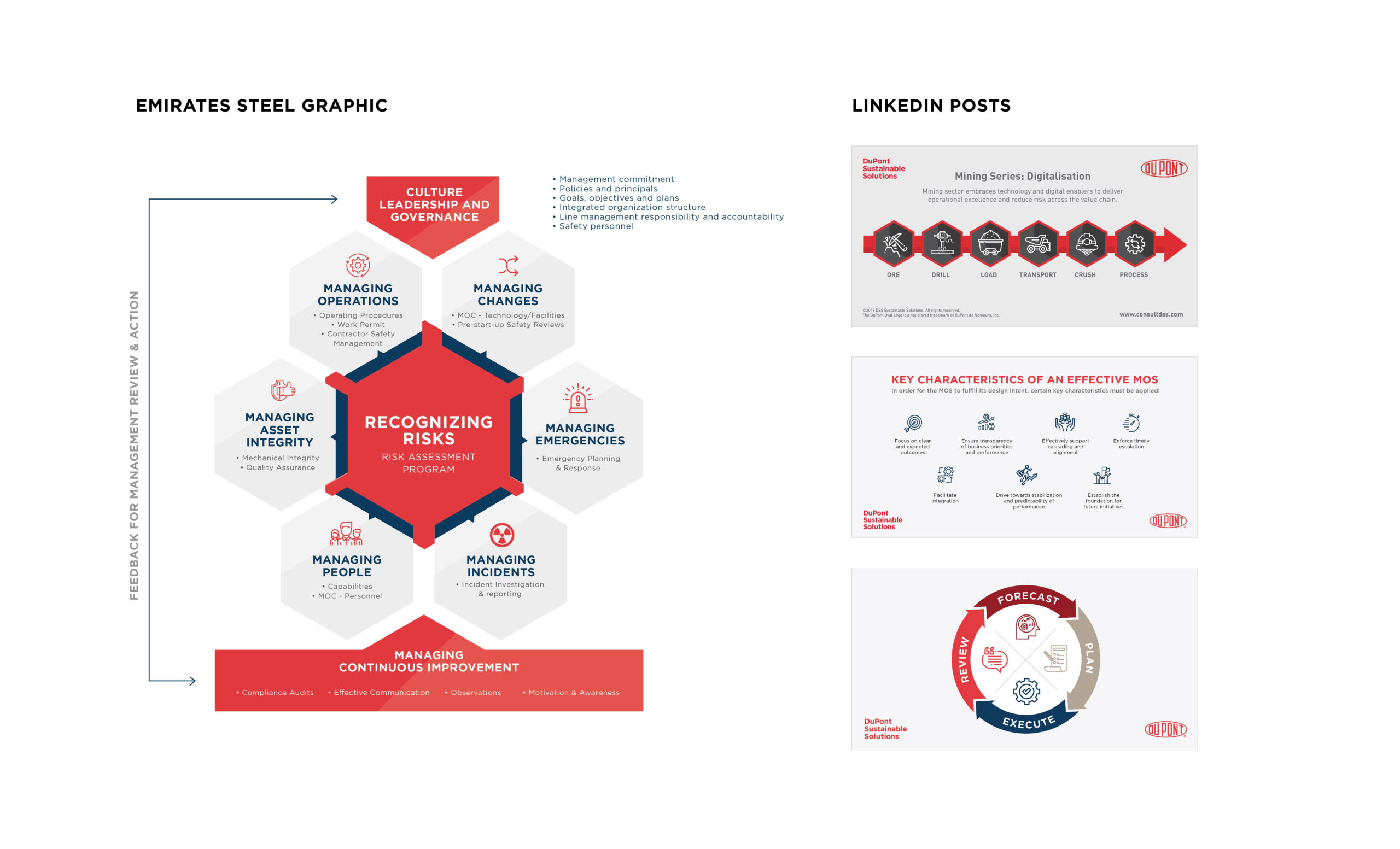 Using content marketing, we were able to identify different stories and adapt these for the different platforms which would lift the profiles of the individuals working at the firm as thought leaders while maintaining the association with the DuPont brand. This was done through a series of case studies, point of views, infographics, gifs and videography. The content was developed into narratives which were then shared via the website and LinkedIn organically, both via the DSS global page and the individual’s pages. It was important to ensure the content was both localised for the Middle East Region and its audiences, as well as having universal appeal to the global DSS audiences. Coupled with strategic media buying, the team was able to ensure the right audiences were made aware of the expertise the Middle East team held within the business.

Much of the first part of the campaign was spent understanding the business in order to create and develop the quality content for the client. The subject matter is technical and it was important to convey the messages in simple terms without losing this meaning. Coordination and buy-in was also necessary from the DSS client’s as the opportunity was to showcase the work DSS had done for them. Content publishing was scheduled to go live from September when the separation announcement was made. The team led with organic sharing and the paid for campaigns would run from the beginning of 2020. The content was tailored and adapted for the different purpose, platforms and audiences.