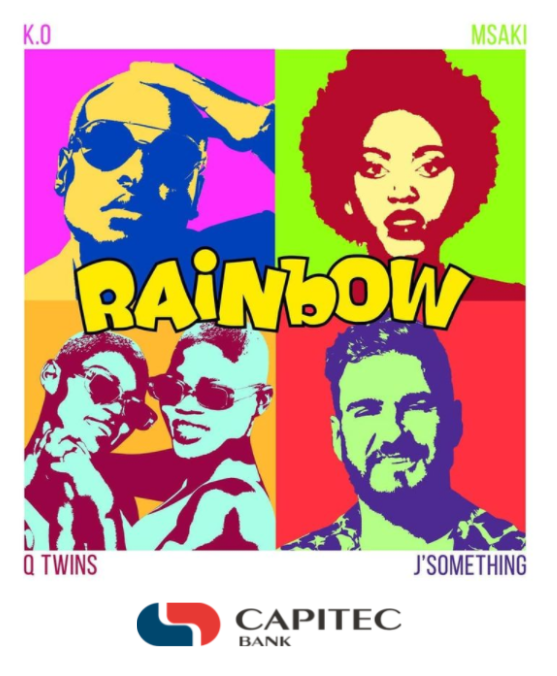 We are a musical nation. Music is a medium that brings us together. So, we conceptualised a campaign that challenged four local artists to create a ‘Song of Hope’ that used lyrics crowdsourced from the South African public.

But creating a song at this scale was tricky, given lockdown, the prohibitive cost of data and access to quality WiFi. It’s wasn’t easy to record when all your artists were working remotely!

We were briefed by our client Capitec Bank to find a way to unite South Africans early on in the pandemic in 2021 – one of the hardest chapters in humanity’s history. We had a limited budget to do so, and we needed to execute the idea in a way that was absolutely fresh, genuine and empathetic.

The idea linked to Capitec’s positioning: The bank for all. 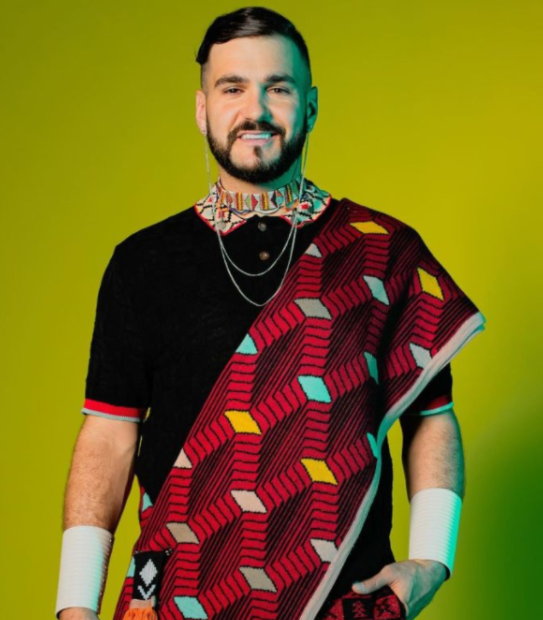 Incentivise South Africans to create and share lyrics for our song. Use musician KO to drive people to participate. Launch the song via a live-streamed event across all Capitec’s social platforms.

Include a music video, behind the scenes footage and interviews with the artists. Leverage artists’ social media to amplify the campaign and boost reach by asking a further ten high-impact influencers to share the song on their channels.

Get artist followers to participate in our #RainbowChallenge dance with a prize of private virtual serenade session with one of our four artists – their pick! 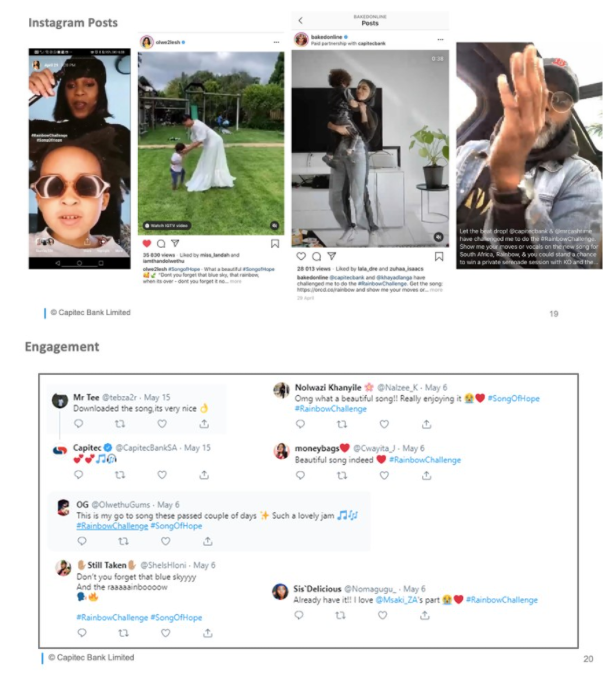 “Song of Hope” was streamed more than 81 000 times on SA’s top radio stations, beating artists with international appeal such as Black Coffee as well as local favourites, Cassper Nyovest.

It quickly became the nation’s biggest hit, with media clamouring for interviews. The song entrenched a sense of solidarity, trended on Twitter for three days consecutively, and became South Africa’s favourite anthem as fans took to their socials and shared their best vocals and dance moves.  The song went on to take the number one position on the Radiomonitor Top 100 SA Chart.

During this time 589 301 new clients signed up during this 4-month campaign period-   a time when no other marketing took place from the bank.

Song of Hope generated 28 million impressions across leading print and broadcast media outlets over a 20-week period and resulted in 58 607 new followers on Capitec’s social channels.