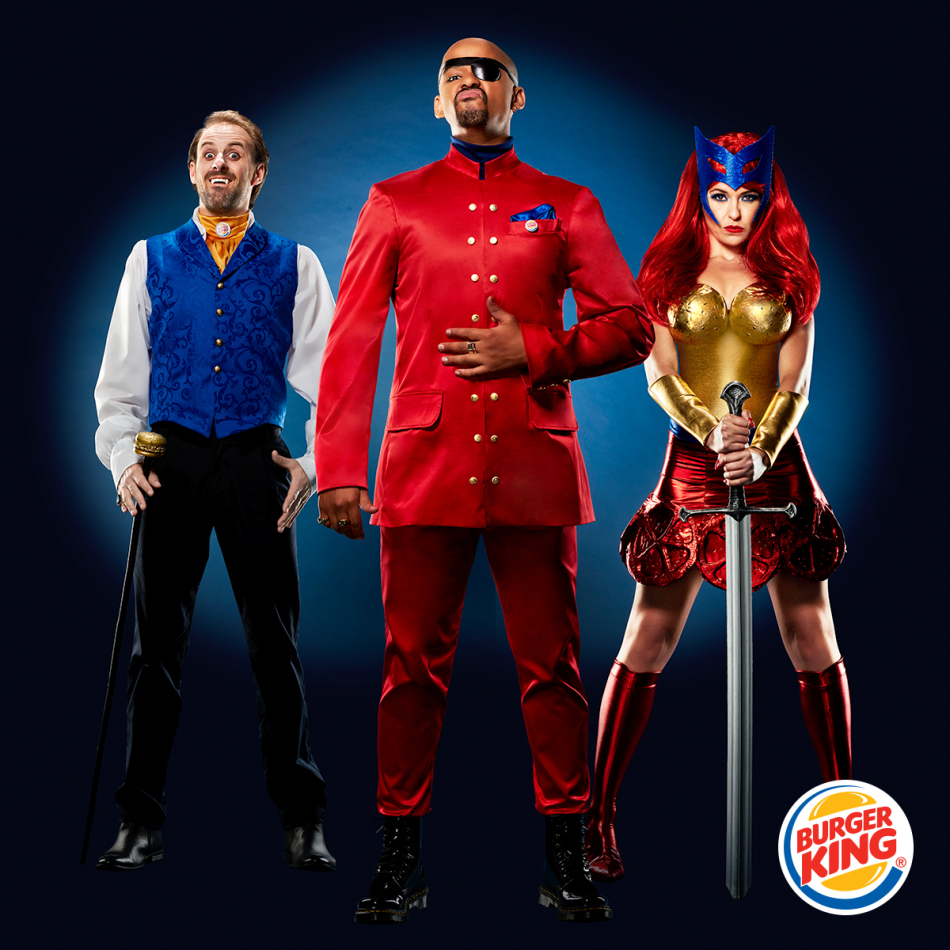 A villainous trio has taken over the research and development department of BURGER KING® South Africa. At a media briefing hosted at the burger chain’s flagship store and head office in Cape Town, the invaders announced a new addition to the menu – the Fierce WHOPPER®.

The Limited Time Offer consists of a 100% pure beef patty flame-grilled to perfection, melted cheese, freshly cut iceberg lettuce, angry onions, ripe tomatoes, spicy jalapenos all smothered with fiery chilli mayo sauce. It is available until the end of May and will be sold for 100 million dollars…

The Fierce crew is headed up by evil genius, Doc, who announced burger-world domination at the press conference in April. He is supported by Vlad, a 379 year old vampire who has years of experience and Louise, a highly trained combat specialist in charge of Fierce WHOPPER® sales.

“Since this is not your average WHOPPER®, we needed a team that was out of this world to sell it for us. Research shows that South Africans are more adventurous when it comes to spicy food and we anticipate that it will take the local market by storm. Only now, Doc and his crew have taken over our offices and we seem to be stuck with them for a while,” says Rozanna Kader, marketing director of BURGER KING® SA.

So make sure to keep an eye out for the three evil masterminds – to see what they’re up, check out their attempt at world domination on BURGER KING® SA’s Facebook and Twitter pages.