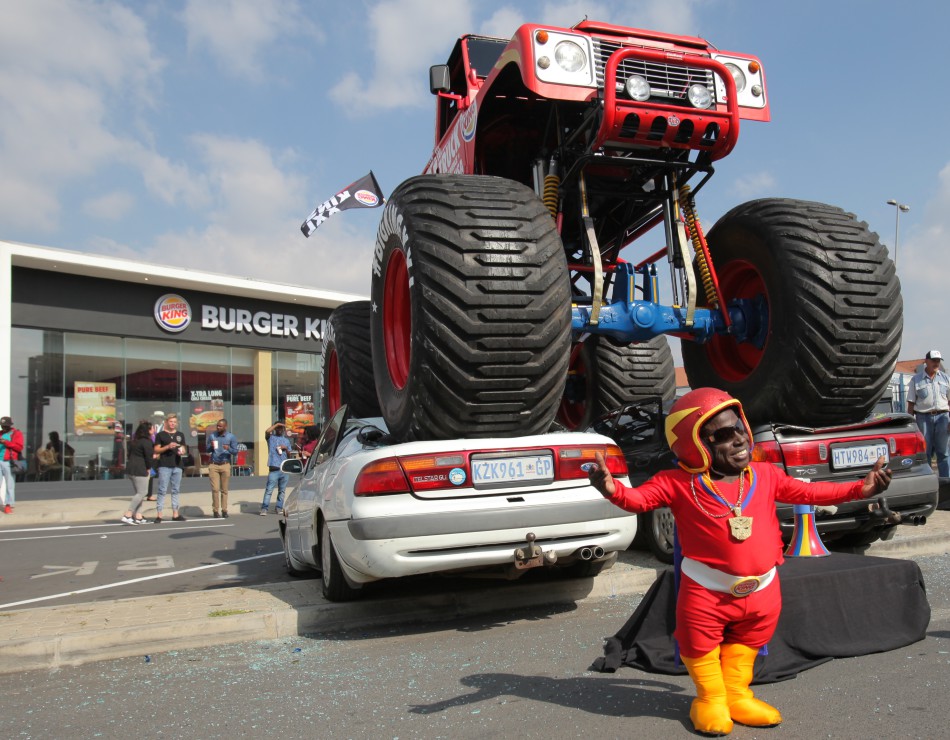 A monster truck on the rampage stunned guests at the East Rand Galleria Mall last month, when it crushed two vehicles parked just outside a BURGER KING® restaurant. What initially seemed like  a massive accident turned out to be a stunt pulled off by the burger giant to promote its biggest 100% pure beef burger– the BIG KING™ XXL.

The truck weighing more than six tonnes and standing 3.8 metres tall is one of only two of its kind in South Africa. It gave guests a little more than what they bargained for and was a fun and exciting way to demonstrate how big their BIG KING™ XXL Burger is.

Atmosphere’s objectives were to raise awareness of the activation and its elements through talkability, and to support the ATL elements in driving feet into store to purchase the BIG KING XXL™ burger as part of their current competition to win tickets to a Monster Jam event in the USA.

Over the space of two weeks, Atmosphere executed a PR campaign which included influencer relations, blogger partnerships, content creation, media liaison and product drops.  We achieved on-message coverage in top-tier media – across print, broadcast and online channels – with an AVE value (1:1) of nearly R300 000 for a very brand-focused activation.

See the thrilled and amazed reactions of those who witnessed this one-of-a-kind experience in South Africa, here: https://www.youtube.com/watch?v=ao5FBfPFd7s.