Atmosphere wins at the PRISMS – Only agency to win two campaigns 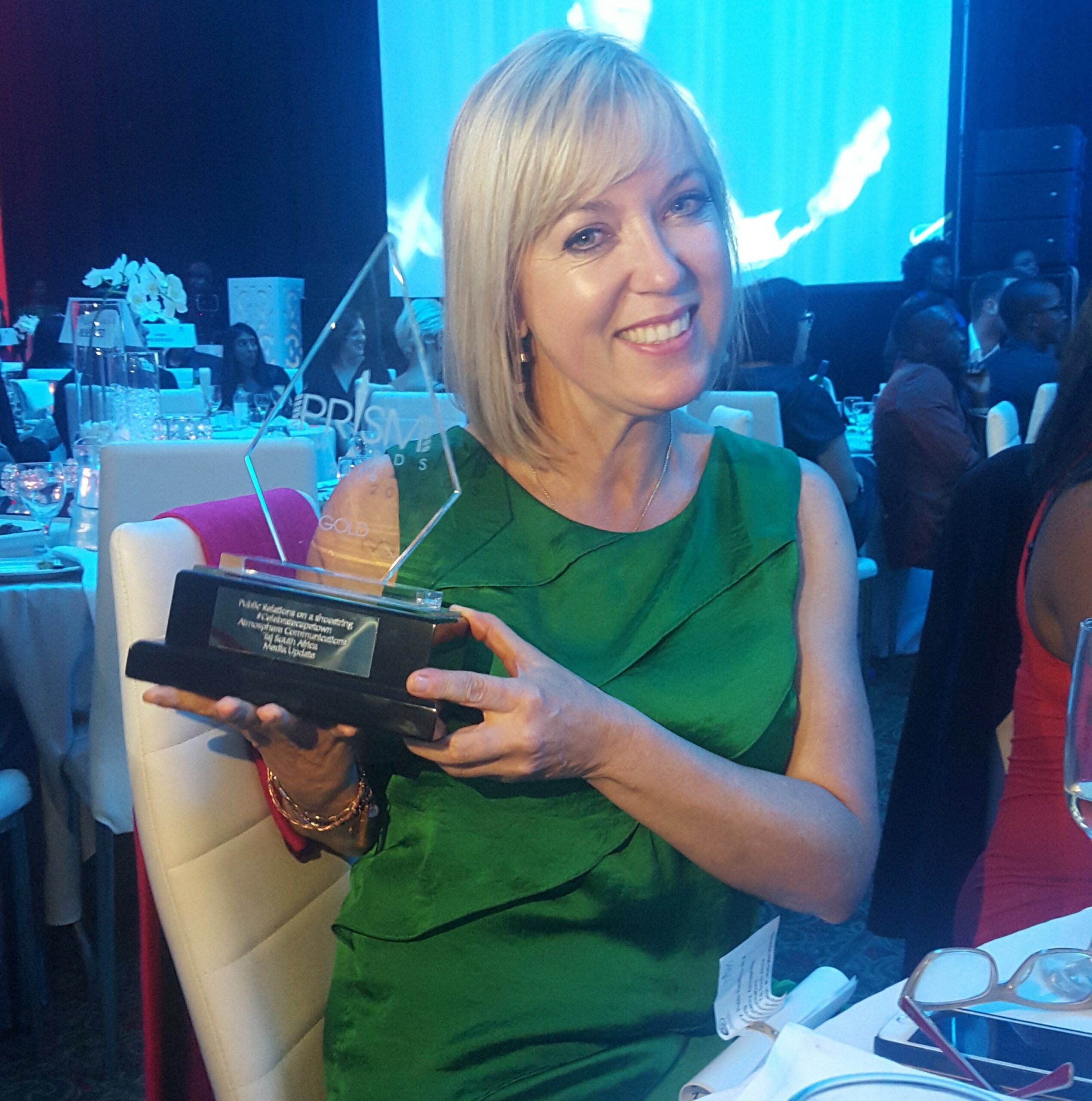 Atmosphere Communications has once again scooped a handful of awards at the PRISMS – the Public Relations Institute’s annual award ceremony, held in Johannesburg last night.

The national PR company  won two golds and one bronze.  The first gold was awarded to Atmosphere, Society and King James  for an awareness campaign, called “Someone in Cape Town”  in the Public Sector category  for the City of Cape Town’s free drug rehabilitation programme. The campaign resulted in an almost 300% increase in phone calls to its toll free numbers. The second gold was for the consultancy’s work on the Taj Hotel Group in South Africa in the PR on a Shoestring category.

Atmosphere and King James Group partners also won a bronze for Sanlam’s One Rand Family in the financial services category.

“All three campaigns delivered business results and were creatively executed,” says Nicola Nel, MD of Atmosphere Communications. “We are specifically  proud of the campaign “Someone in Cape Town” – this project not only delivered PR results, but it ensured a positive change in the community which was extremely gratifying.”