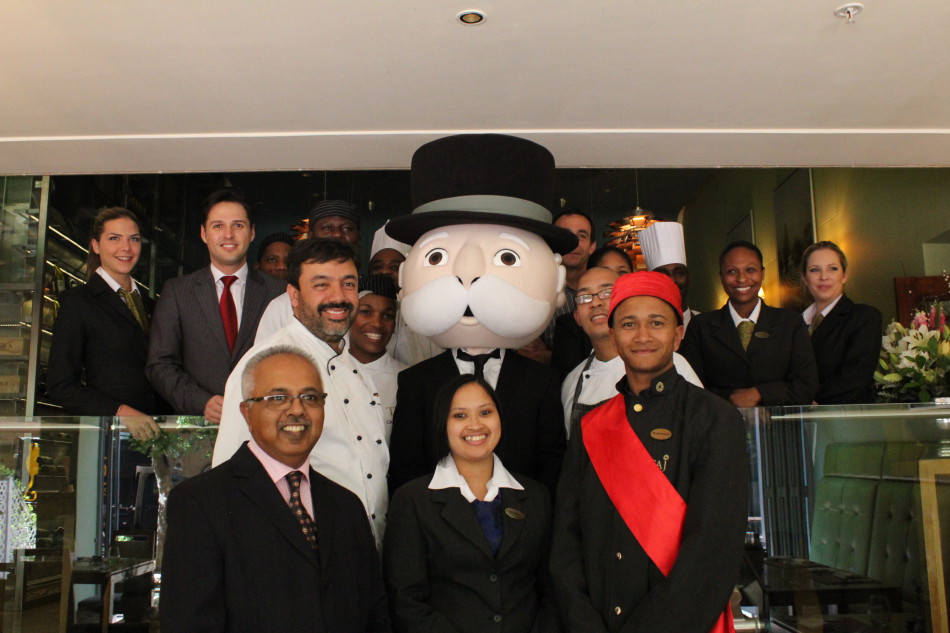 Atmosphere and our client, Taj Cape Town, recently created a stir when a “for sale” sign appeared overnight outside this landmark hotel.  Later that day, rumours in town subsided when the MONOPOLY Cape Town Edition was launched in the V&A Waterfront.

Mr Monopoly himself unveiled the last row of prestigious spots on the board, including a green spot home for Taj Cape Town.  So those wishing to buy the hotel only needed to cough up 320 MONOPOLY money.

Following the launch, Taj Cape Town hosted media, influencers and stakeholders in its bank vault at the bottom of the glamourous Reserve for an afternoon of fun and games. Guests could play a competitive game of MONOPOLY with prizes at stake and soon the property moguls were separated from the plebs.

Check out the photo gallery to share in the fun and games.