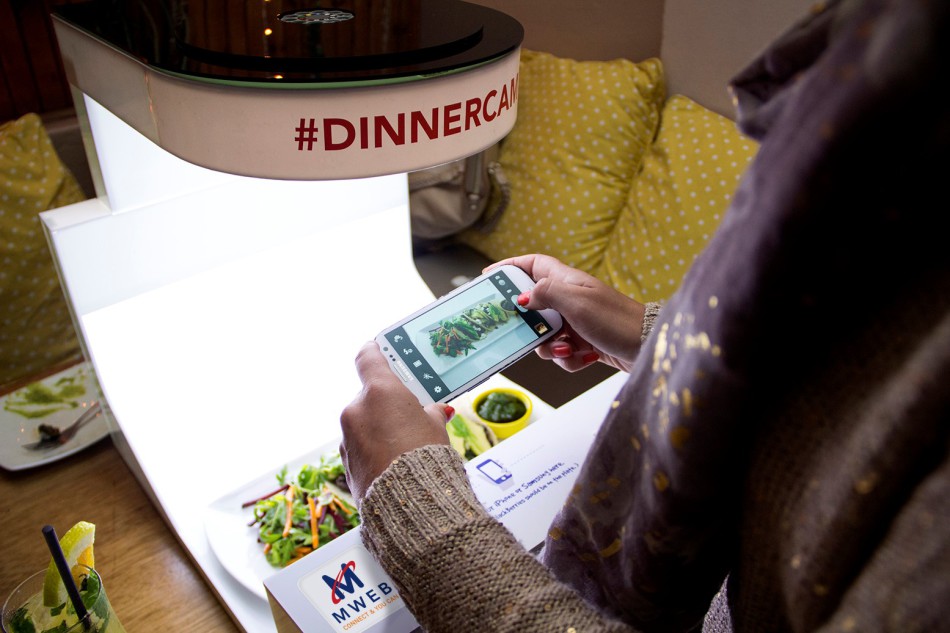 Our client MWEB, a leading Internet Service (ISP), set out in 2014 to get a youthful, tech-savvy consumer audience talking about its WiFi offering.

Atmosphere Communications, along with our social media partner agency Society, conceptualised a portable, quirky, world-first “foodography” studio for those foodie social media loyalists obsessed with sharing their favourite restaurant meals. Enter the MWEB #Dinnercam. By tapping in perfectly to the prevailing internet behaviour trend of the time, the campaign managed to spark conversation about WiFi in modern public life, not only in social media through its popular hashtag #Dinnercam and campaign video on YouTube, but also across a mass of top global media.

The target audience started talking about MWEB. This quirky solution firmly placed MWEB’s generic WiFi offer at the centre of public conversation about a modern pop-culture trend. But best of all, MWEB reached its three month sales targets in less than three weeks.

The campaign earned Atmosphere Communications a gold PRISM Award (2015) in the Social Media for PR category, and a bronze in the Consumer PR for an existing product/ service category.